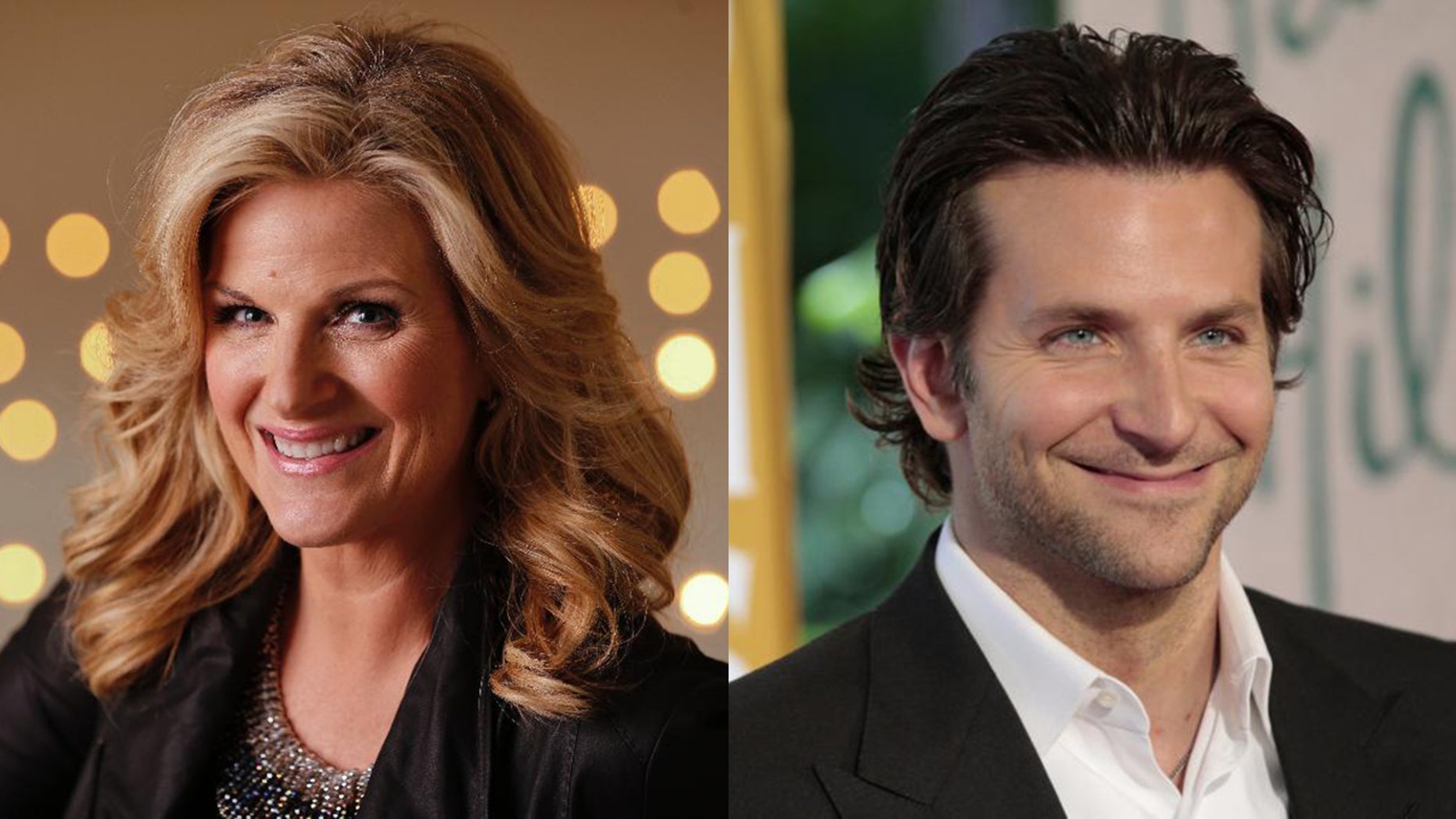 Country star Trisha Yearwood, left, said she was star-struck by actor Bradley Cooper when she met him during her and husband Garth Brooks’ "World Tour."
(AP/Reuters)

Trisha Yearwood isn't too proud to admit she still gets star-struck even after 30 years in the music business.

The country music star revealed to People magazine that Hollywood A-lister Bradley Cooper took her breath away after she met the actor while on the road with husband Garth Brooks.

“We played in L.A., and Bradley Cooper stayed for the whole show. He was in research mode for “A Star Is Born” and came backstage,” Yearwood explained. “Garth was like, ‘Wow, all the women on this tour suddenly want to be in the meet and greet!’”

Brooks, 57, and his Emmy award-winning wife played nearly 400 locations during their “World Tour,” which spanned three years – running from 2014 to 2017.

Yearwood, 54, said Cooper — who was preparing for his role of Jackson Maine in the Oscar-nominated film — made everyone feel at ease, which added to the appeal of being in the presence of the Grammy award-winning actor.

GARTH BROOKS, TRISHA YEARWOOD: THERE'S 'NOTHING MORE REWARDING' THAN 'GETTING YOUR HANDS DIRTY'

“What was so cool about that was he made you feel immediately comfortable. He was so nice,” Yearwood recalled. “You just were like; Wow, it’s so cool to meet somebody who’s doing so well. And you are a little star-struck.”

And to add a cherry to the top of the Cooper sundae, Yearwood also met Lady Gaga. “Lady Gaga came, and that was very cool.”

During Grammys weekend last month, Brooks and Yearwood gushed to Fox News about the love they share together in their 13-year marriage. The “More Than a Memory” crooner said he’s been in love with Yearwood ever since she “put some Carhartts on” and the country power couple strung a fence together.