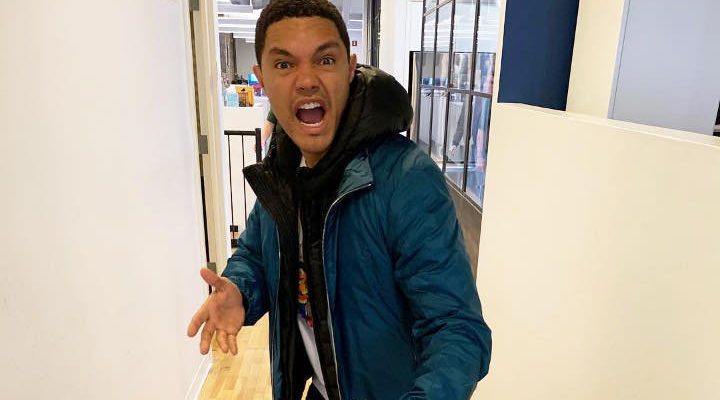 The host of “The Daily Show with Trevor Noah” was forced to postpone the remainder of his 2018 stand-up gigs in early December after losing his voice following his presenting stint at the “Global Citizen Festival: Mandela 100” event, a celebration of the life and legacy of late human rights icon Nelson Mandela, in Noah’s native South Africa.

Upon returning to his home base in New York, the funnyman admitted jetting to South Africa and back had left his already tender vocal cords in a bad condition, so he had little choice but to pull his live performances.

“I hate cancelling shows but I also hate the idea of losing my voice forever so I’m postponing all this year’s stand up shows and working hard on rehabbing the voice…,” he posted on Instagram at the time. “Thank you again for the love and support. I appreciate you.”

On Sunday, December 23, Trevor revealed he had undergone treatment and was now on the road to recovery.

Sharing a photo of himself wearing a light pink hooded sweatshirt while holding a medical device over his mouth, he wrote, “Post surgery in pink. Trying not to get sick on the plane.”

His tour is expected to resume in Milwaukee, Wisconsin on 5 January (19).