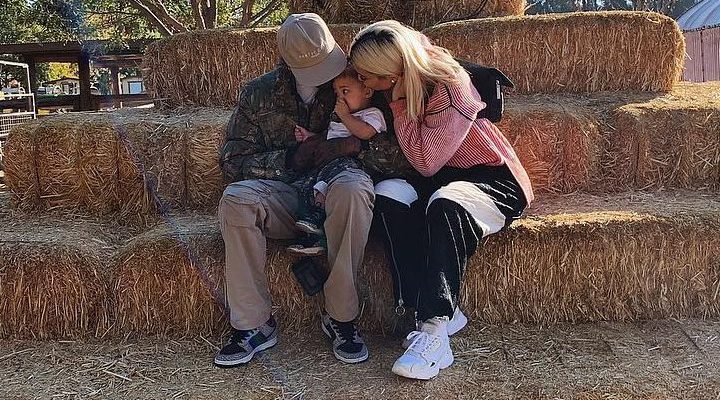 AceShowbiz –
Travis Scott (II) is not messing around when it comes to protecting his girlfriend Kylie Jenner and daughter Stormi, especially given the fact that her family member once had a scary run-in with criminals. Rumor has it, the Houston rapper hires a security team that can even make President Donald Trump feel safe.

TMZ first broke the story, reporting that the Travis will bring in five to six additional security guards whenever his baby mama and little girl come to one of his “Astroworld” shows. They will run a series of “Secret Service-style maneuvers,” conducting thorough sweeps of the dressing room and backstage areas which take more than an hour to complete. They also plan a detailed escape route in case of emergency.


Further ensuring their safety, the team makes sure that the mother-daughter duo’s daily itinerary is kept a closely-guarded secret from everyone. Their bodyguards and management are the only ones who know where they’re going to be and when.

His extreme security measures actually make a lot of sense considering what happened to Kim Kardashian in Paris. For those who need a reminder, the wife of Kanye West was robbed at gunpoint in her hotel room during Paris Fashion Week.

In related news, Kim recently responded to the long-running rumors of Kylie and Travis’ engagement when she visited KKW Beauty and Fragrance pop-up shop in Costa Meca, California. “You know, I literally need to ask her. That is going to be my next question in our group chat,” she said. “I’m just like you guys. I’ll find out. I don’t know if I’ll share the news with you guys, but I’ll have to ask myself.”

Kylie and Travis have been rumored to be engaged ever since they welcomed their daughter earlier this year. She recently appeared to confirm the rumors after adding a ring emoji on an Instagram Stories photo of the couple.