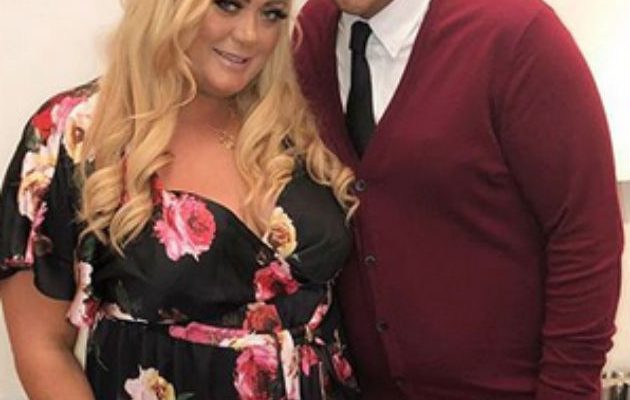 Gemma Collins and James ‘Arg’ Argent have had many ups and downs but Arg has revealed he is the reason behind his girlfriend’s latest upset.

The 31-year-old reality TV star is currently working in the Aladdin Pantomime at Manchester’s Middleton Arena, while Gemma is busy rehearsing for Dancing On Ice (DOI) which begins in the New Year. But being away from home is taking its toll on their relationship.

But with a 5pm curtain up on the Christmas Eve performance and then curtain up at 1pm on Boxing Day, Arg had better get his skates on to make the hours count as it’s easily a 4.5 hour drive each way.

But his hectic panto schedule isn’t the only stumbling block to them spending Christmas Day together as Arg continued: ‘But where she’s doing DOI training it’s hard to – she’s at the ice rink all the time.’

Arg plays the evil Abanazar in the show and he’s likely to stay on Gemma’s naughty list if he misses the big day itself.

Meanwhile, Arg is very supportive of Gemma’s dedication to her ice skating training.

He told us, ‘She’s doing really well, some days better than others but she hasn’t missed a session, she’s always on time, she’s working really hard which is good.’

And he teased that he might be next to get his skates on.

‘I might do it next year’ said Arg. ‘There was talks of it [me doing DOI] but then as I started TOWIE Lauren Goodger done it then it came off air for a few years, you never know, next year maybe.’

So what’s the star got planned for 2019? He confirmed he’s taking to the stage for a spot of singing: ‘Next year the Arg Band is coming back together, I’m doing lots of gigs which is good fun, I really enjoy it.’

And he also reveals plans in the pipeline for his own reality show alongside Gemma, but is he worried it might put a strain on their relationship?

Arg replied: ‘Nah, I think me and Gemma should be used to that by now.’

With so much talk of the love birds starting a family, Arg admitted: ‘I’d love to be a dad one day, absolutely,’ but admits he wanted to wait and see what happens.’

He continued: ‘I’ve got myself into a routine structure, it’s all going well though. [The weightloss] is not going too good at the moment but I’m not letting it get me down.’

Let’s hope Arg can make it home in time for Christmas!