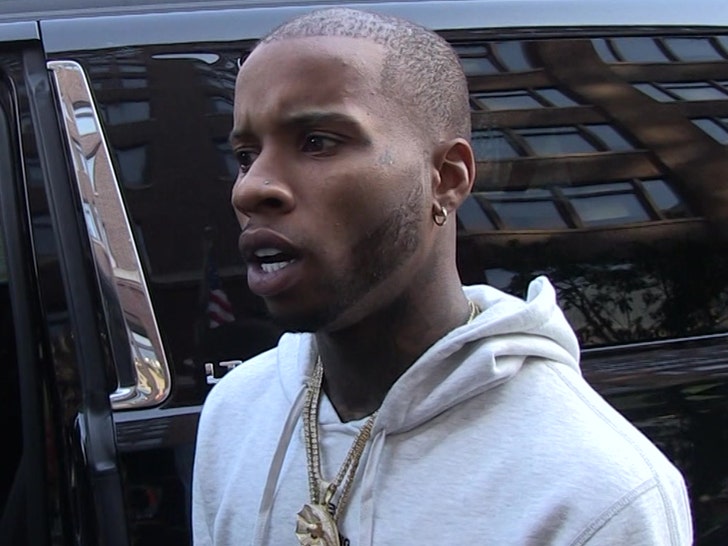 Tory Lanez‘s family and friends are banding together to help him avoid prison time … and they’re going after the jury, the music industry, Jay-Z and even suggesting Tory is a sacrificial lamb to do a solid for African American women.

Soon after Tory was convicted for shooting Meg Thee Stallion, an online petition — Appeal Tory Lanez Verdict — surfaced. So far, 19k people have signed on, and it doesn’t look like it’s slowing down anytime soon. 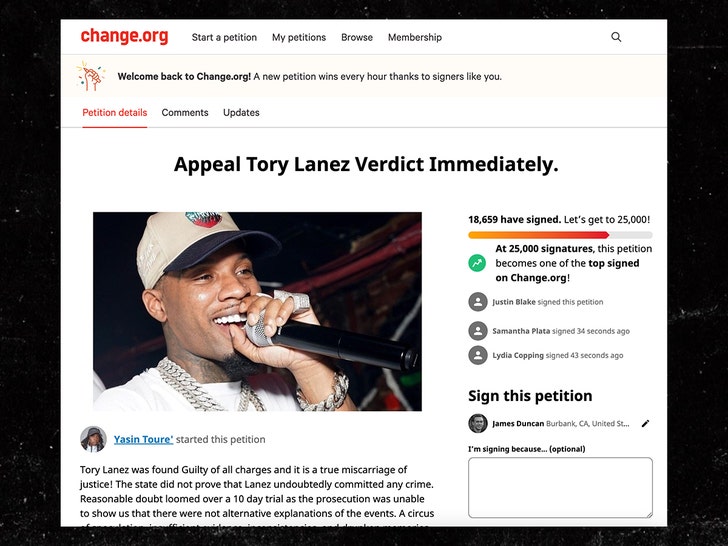 The petition claims Tory’s trial was a “circus of speculation, insufficient evidence, inconsistencies, and drunken memories [that] left us without much moral certainty of any truth.”

What’s more … Tory fans are attacking the jury, calling them irresponsible, claiming they rushed their decision and unjustly found Tory guilty on all 3 felony firearm counts.

The petition then lasers in on some wild claims — “This case is also about branding, marketing, label heads and a music industry that pushes narratives based on who they have personally invested millions into. Could Jay-Z or RocNation be involved??” 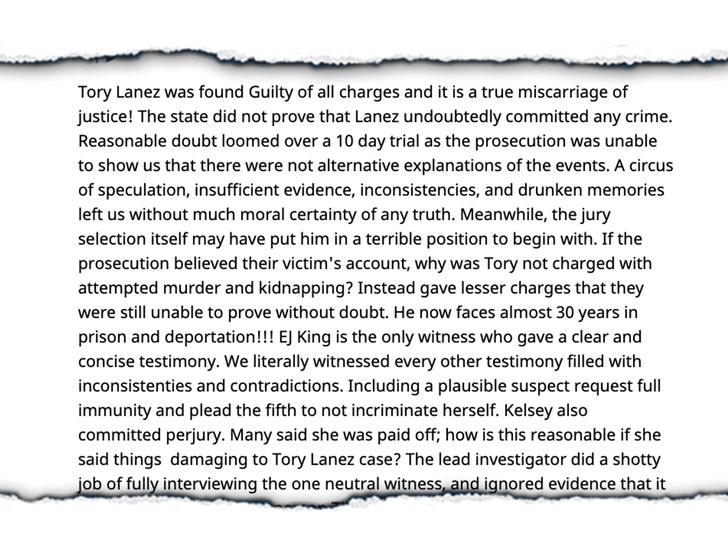 And then, it becomes racial … “Was this case taken because of a political pressure to fake protect black women? African-Americans went along with hashtags that didn’t protect anyone & instead caused division between black women and black men.”

It will be an uphill climb to win an appeal … appeals courts generally don’t throw out guilty verdicts because they may interpret the facts differently than the jury.