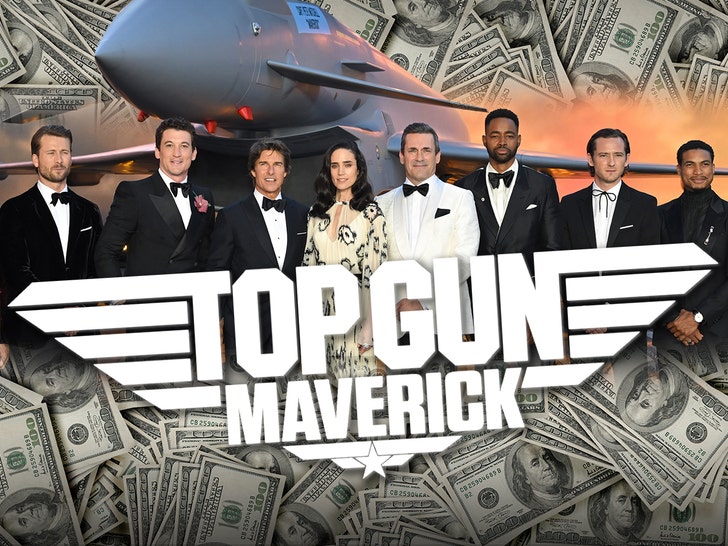 Tom Cruise‘s latest blockbuster offering just goes to show you can teach an old dog new tricks — and if you do it right … moviegoers will pay out the nose for what you’re selling.

Of course, we’re talking about “Top Gun: Maverick” — which broke box office records this Memorial Day weekend with an estimated $156 million domestic haul over the course of 4 days … making it the highest-grossing film in that window since ‘Pirates 3’ in ’07.

It’s also TC’s first $100 million opening in his career. So, lots of milestones were hit here — this during a time when it’s been hard to get asses in seats at the cineplex amid COVID.

Of course, it doesn’t hurt that the movie has gotten rave reviews from both critics and normies alike — in fact, ‘TGM’ is being hailed as even better than the OG from the ’80s, which is really saying something … as you may know, Part 1 is considered a cult classic!

As for what all the hype is about … a lot of things. For starters, it’s about as action-packed as you would want a summer popcorn flick to be. More importantly, a lot of that action is shown via practical effects … as in, 85% of what you’re seeing is real … aka, no CGI.

A majority of all the death-defying stunts you see in the air were, in fact, shot from actual fighter jets, with the actors in the real seats (but not really steering). The story’s good too.

It addresses Goose’s death and closes the loop with his son, Rooster, who was seen as a kid in the first ‘Top Gun.’ Very emotional, very funny and very nerve-racking … all in one. And yes, seeing it in theaters is totally worth it — the bigger the better, frankly. Go peep it!