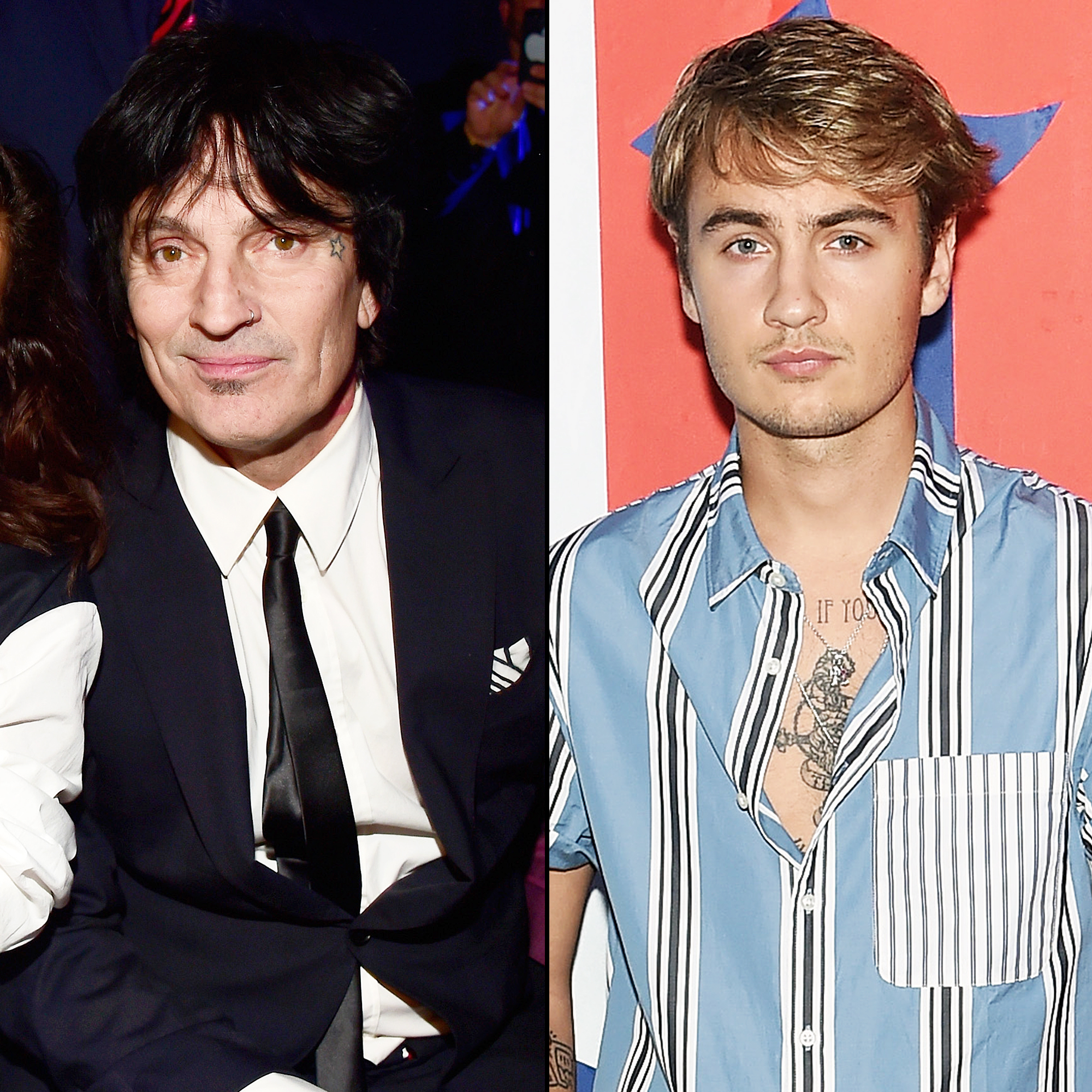 The Mötley Crüe drummer, 56, took to Instagram on Thursday, December 13, to share a black-and-white photo of himself hugging the 22-year-old at home. “I love you son,” he captioned the post.

In the comments section, Brandon, whose mother is Tommy’s ex-wife Pamela Anderson, echoed: “Love you Dad.”

The sweet interaction comes more than nine months after the father-son duo allegedly got into a physical altercation over comments that Anderson, 51, made on TV about her two marriages to Tommy. “As any devoted son would do, Brandon defended Pam and that is when all hell broke loose,” a source told Us Weekly at the time, noting that the incident was “representative of much bigger problems with the family.”

In response to the drama, the former Playboy model later told The Hollywood Reporter, “I stay out of it.”

Tommy and Brandon’s feud made headlines again in June when the Hills: New Beginnings star posted a since-deleted video on Instagram that appeared to show his dad unconscious. Brandon then claimed that he “didn’t hear s–t from” Tommy on his birthday, to which the rocker replied, “I love my boys but they can be a–holes, too.”