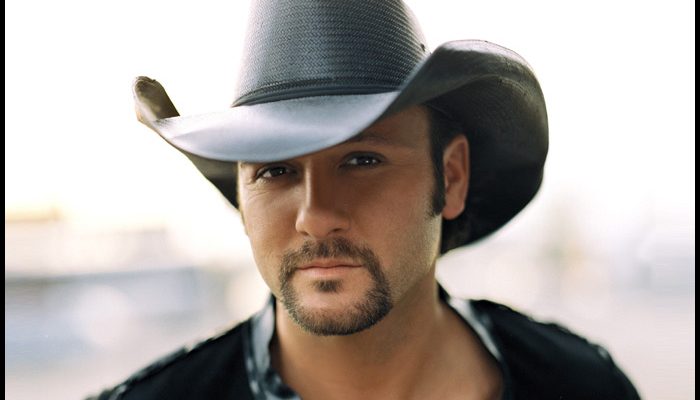 Country crooner Tim McGraw has announced a 7-city North American book tour in promotion of his forthcoming Songs of America: Patriotism, Protest, and the Music that Made a Nation. The book tour is slated to kick off on June 10 at the Beacon Theatre in New York.

McGraw collaborated with Pulitzer-Prize winning presidential biographer Jon Meacham to write the book, which is being published by Random House on June 11.

Book tour attendees will receive the unique opportunity of gathering the behind-the-scenes details of the making of the book, as well as enjoying special performances by the Grammy Award-winning singer.

Ticket sales for the tour have begun already, with each ticket to the show including a single copy of the book as well.

“From the ‘Star Spangled Banner’ to ‘Born in the USA,’ Meacham and McGraw take us on a journey illuminating the eras of history through the music of those times—from the Revolutionary War to the present—that helped define American culture,” reads the official description of the highly anticipated book.