The United States’ history of violence against the Black community and systems that perpetuate both active and passive racism have again gained widespread attention following the recent police killings of Black people and the subsequent anti-racism protests. As Black Lives Matter demonstrations continue around the world, many individuals are also actively educating themselves on the issues that have led to enduring racial injustice. Whether you’re someone who is new to the discussion or have already been putting in the work, these anti-racism resources from activists, filmmakers, authors, and educators bring together years of research to help deepen your understanding and knowledge of systemic racism, and how to combat it.

In order to actively practice anti-racism and prevent performative allyship, if you’re not Black, it’s important to have an understanding of the issues impacting the Black community, including but not limited to disparities in the criminal justice system, cycles of poverty, and white people’s active and passive complicity in racist systems. As it’s not the job of Black people to do the work of educating non-Black people on how to be anti-racist, anyone looking for an anti-racist education can consult books, films, podcasts, articles, and other available resources. If possible, try to purchase books from Black-owned businesses or otherwise compensate creators for the work you’re benefiting from.

These list of anti-racist resources is by no means exhaustive, and it will be continually updated with more useful resources:

1. Why I’m No Longer Talking To White People About Race by Reni Eddo-Lodge

Eddo-Lodge’s 2014 bestseller, which covers topics ranging from the toxicity of whitewashed feminism to the link between class and race, has been cited by a number of Black activists as a great place for someone to start their anti-racist education.

2. When Affirmative Action was White: An Untold History of Racial Inequality in Twentieth-Century America by Ira Katznelson

Recommended in the anti-racist allyship Google Sheet created by activists Tatum Dorrell, Matt Herndon, and Jourdan Dorrell, When Affirmative Action was White, which was published in 2005, gives readers an informative historical foundation for how systematic racism got its roots deeper in the United States through social-good programs in the early 20th century.

3. Me and White Supremacy: Combat Racism, Change the World, and Become a Good Ancestor by Layla F. Saad

Saad’s 2020 New York Times bestseller, which has been widely shared by activists and educators, touts itself as part educational resource and part activism guide by sharing steps people can take to dismantle systems of racism and oppression. In addition to defining white privilege as well as active and passive biases, it challenges the readers to confront these uncomfortable things within themselves in order to not be complicit in systems that benefit white people and cause harm to the Black community.

4. The Color Of Law: A Forgotten History of How Our Government Segregated America by Richard Rothstein

Rothstein’s 2017 work, which has been recommended by a number of activists, delves into how today’s neighborhood segregation is a direct result of housing policies from local and federal governments.

5. The New Jim Crow: Mass Incarceration in the Age of Colorblindness by Michelle Alexander

Readers who are interested in the racial inequalities that are present in the country’s justice system will want to check out Alexander’s 2010 book about the topic. The author delves into the systems of inequality that disproportionately target poor Black people and perpetuate a cycle of poverty and violence.

7. How To Be An Antiracist by Ibram X. Kendi

This 2019 New York Times bestseller seeks to educate readers about the prevalence of racist ideologies and systems in American society as well as how they can personally do the work to dismantle these inequalities in their everyday lives.

Cooper’s 2018 book, which was recommended by activist Rachel Ricketts in her resource guide, unpacks the harmful stereotype of Black women’s anger as something destructive and unattractive. Instead, she focuses on the power of Black womanhood and all the positive things that can come from "eloquent rage."

9. So You Want to Talk About Race by Ijeoma Oluo

Oluo’s 2018 book, which is New York Times bestseller, has been recommended in an anti-racism resource Google Doc shared by activists including Brittany Packnett Cunningham. It gives readers a guide to navigate the difficult conversations about white privilege, model minorities, and affirmative action with family, friends, and more.

10. Stamped From The Beginning: The Definitive History of Racist Ideas in America by Ibram X. Kendi

Kendi’s 2016 award-winning book argues that not only do we not live in a post-racial society, but that racism is more prevalent than ever. The professor unpacks how the ideology of white superiority got its roots and the many insidious ways it can manifest in today’s society.

Ava DuVernay’s 13th is a documentary that focuses on long-standing structures of racial inequality in the United States with a specific focus on the prison system. While the 13th Amendment officially abolished slavery in 1865, it left a legal loophole allowing slavery as punishment for a crime. In the 2016 doc, DuVernay outlines how many Black people have remained legally enslaved since then as a result of mass incarceration of the Black population.

Recommended in a widely-circulated anti-racism resource Google Doc, Kenny Leon’s American Son is a timely look at police brutality against the Black community. Based on a play, the 2019 film follows two parents who learn their Black son was shot during a confrontation with law enforcement.

Based on the 2017 New York Times bestseller, the 2018 film The Hate U Give is the story of a Black teen girl’s struggle to find her place in the white school she attends and how that all changes when she witnesses a Black friend shot by police.

When They See Us, which is recommended by a number of activists, is a dramatization of the true story of the Central Park Five, five Black and Hispanic teen boys who were wrongly convicted of a brutal rape and attempted murder in 1989. The 2019 series, written by Ava DuVernay, highlights the injustices of the criminal justice system and the lasting trauma it leaves on young people of color who get caught up in it.

Based on James Baldwin’s unfinished book Remember This House about the assassinations of his friends Martin Luther King, Jr., Malcom X, and Medgar Evers, this 2016 film examines the Civil Rights movement from its inception to #BlackLivesMatter.

Cited in an anti-racism resource Google Doc, this 2016 YouTube video from the National LGBTQ Task Force delves into Black feminism and intersectionality during a panel discussion between activists Charlene Carruthers, the national director of the Black Youth Project 100; Reina Gossett, the former membership director at the Sylvia Rivera Law Project; and Barbara Smith, the founder of Kitchen Table: Women of Color Press.

Recommended by a number of activists including Rachel Ricketts, this podcast series turns its focus to the birth of the idea of white superiority in the United States and how these ideologies persist today in color policies and systems. Episode 3, titled “Made In America,” is an informative look at how the racist laws and structures that were put in place during the era of formalized slavery continue to perpetuate the idea of whiteness as power that continues today.

Hosted by Gene Demby and Shereen Marisol Meraji, this highly-recommended podcast series delves into how active and passive racism pervades all aspects of society, from sports to pop culture. In addition to covering topics like how COVID-19 has disproportionately impacted the Black community, they’ve discussed renewed xenophobia against Asian people and Asian Americans during the coronavirus pandemic as well as police brutality against Black people in different episodes.

Another popular podcast series, You Had Me At Black, which is hosted by Martina Abrahams and Britney Abrahams, aims to reclaim the Black narrative by featuring often untold stories from Black millennials. In addition to Season 7’s focus on the Black birthing crisis and a Season 4 episode on the toxicity of the trope of the angry Black woman, a June 10 episode from Season 8 about different ways individuals show resistance is inspiring.

20. Pod Save the People by Crooked Media

Co-hosted by Black activists DeRay Mckesson and Brittany Packnett, Pod Save the People delves into topics like police misconduct in relation to the justice system and the changing landscape of Black Democratic voters through a social justice lens. The podcast’s June 9 episode covers the death of George Floyd and the subsequent protests,

21. "When Feminism Is White Supremacy in Heels" by Rachel Cargle

This August 2018 Harpers Bazaar article examines the pitfalls of the "intersectional feminist" and how white fragility can negatively come into play and jeopardize calls for justice when true solidarity with the Black community is needed.

22. "Welcome to the Anti-Racism Movement – Here’s What You’ve Missed" by Ijeoma Oluo

Oluo’s March 2017 Medium article, which was recommended by Rachel Ricketts, gives readers a "how-to" guide to help them do the difficult work of being anti-racist and dismantling systems of inequality.

In this March 2019 Columbia Spectator article, which was recommended in an allyship-focused Google Sheet, Abrams unpacks the idea of performative allyship and activism and how it can be just as detrimental to dismantling racism.

24. "This is What Black Burnout Feels Like" article by Tiana Clark

This January 2019 BuzzFeed article gives readers a glimpse into how Black millennials struggle to conform to a white ideal of success while facing unique challenges and experiences.

25. "75 Things White People Can Do for Racial Justice" by Corinne Shutack

This widely-circulated Medium article from August 2017 includes action items like advocating for body-worn cameras and deescalation trainings for police and supporting Black businesses.

Recommended in a popular Google Sheet with allyship resources, this May 2018 article from Wear Your Voice magazine examines toxic white femininity and how this fragility can lead to violence against the Black community.

27. Racial and Social Justice 101 by Ericka Hart and Ebony

This recorded webinar, which was released in April 2020 and is cited in a widely-shared Google Doc about anti-racism, is taught by acclaimed activist and educator Ericka Hart and shows students of all ages "actionable steps" they can take to not be complicit in systems that perpetuate anti-Blackness as well as structures that perpetuate the marginalization of the Black community. Individuals can purchase the webinar for $35 or inquire about the rate for institutions.

This informative free course, which has been offered as part of Yale’s Open Course Program since 2010, offers a comprehensive view of the Black experience in the United States starting from 1863 to today. In addition to exploring how systems of inequality came into play before and after the Civil Rights Movement, the course also focuses on prominent Black speakers, thinkers, and activists. Individuals can find all course materials, resources, and lectures on the course page. 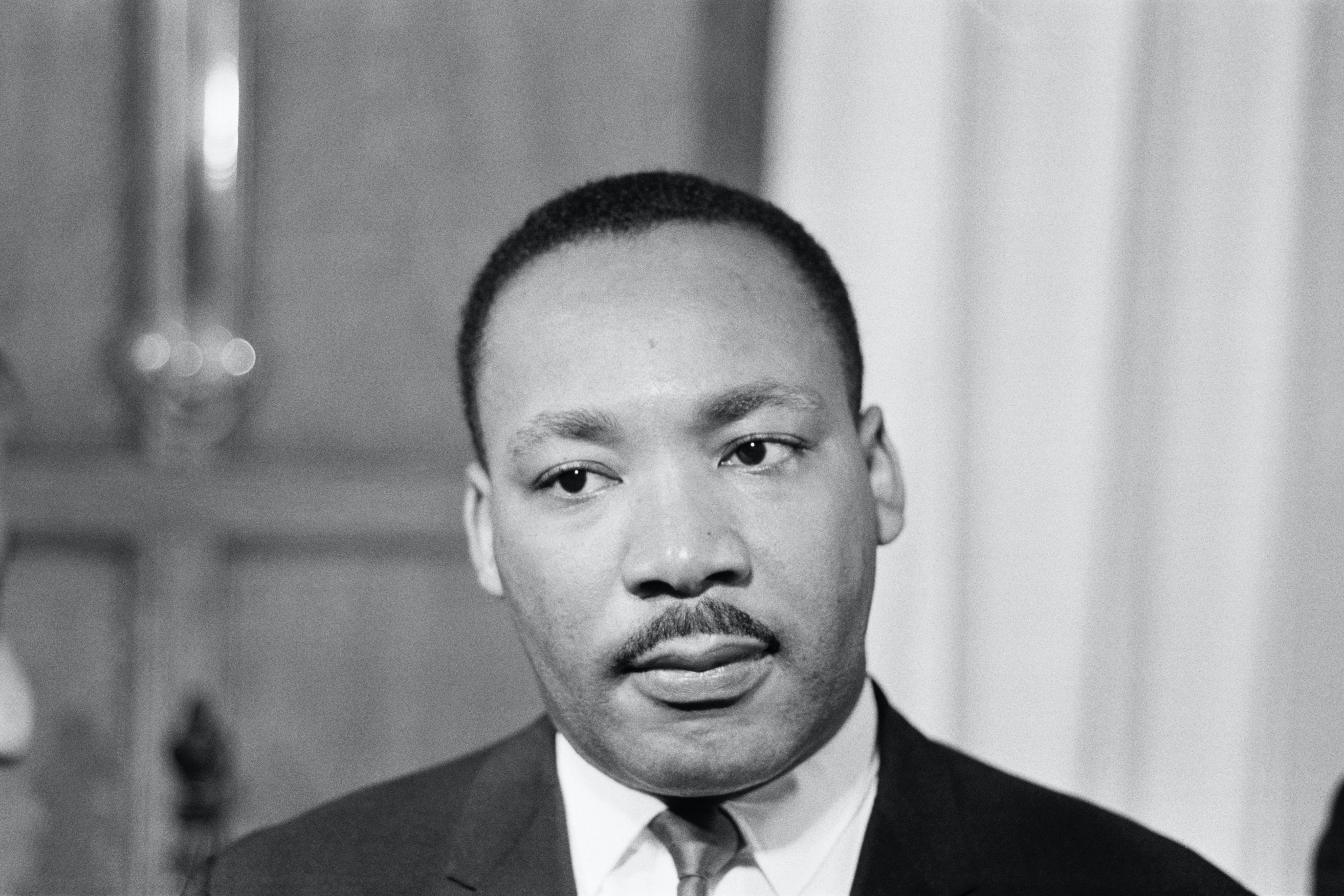 These 2017 toolkits from SURJ contain a number of resources ranging from discussions on toxic white feminism to white supremacy culture.

Recommended by a number of educators and activists, the Harvard Implicit Bias Test from Project Implicit — which was first introduced in 1995 — challenges people to do the uncomfortable work of confronting their own hidden racial biases and implicit racism. 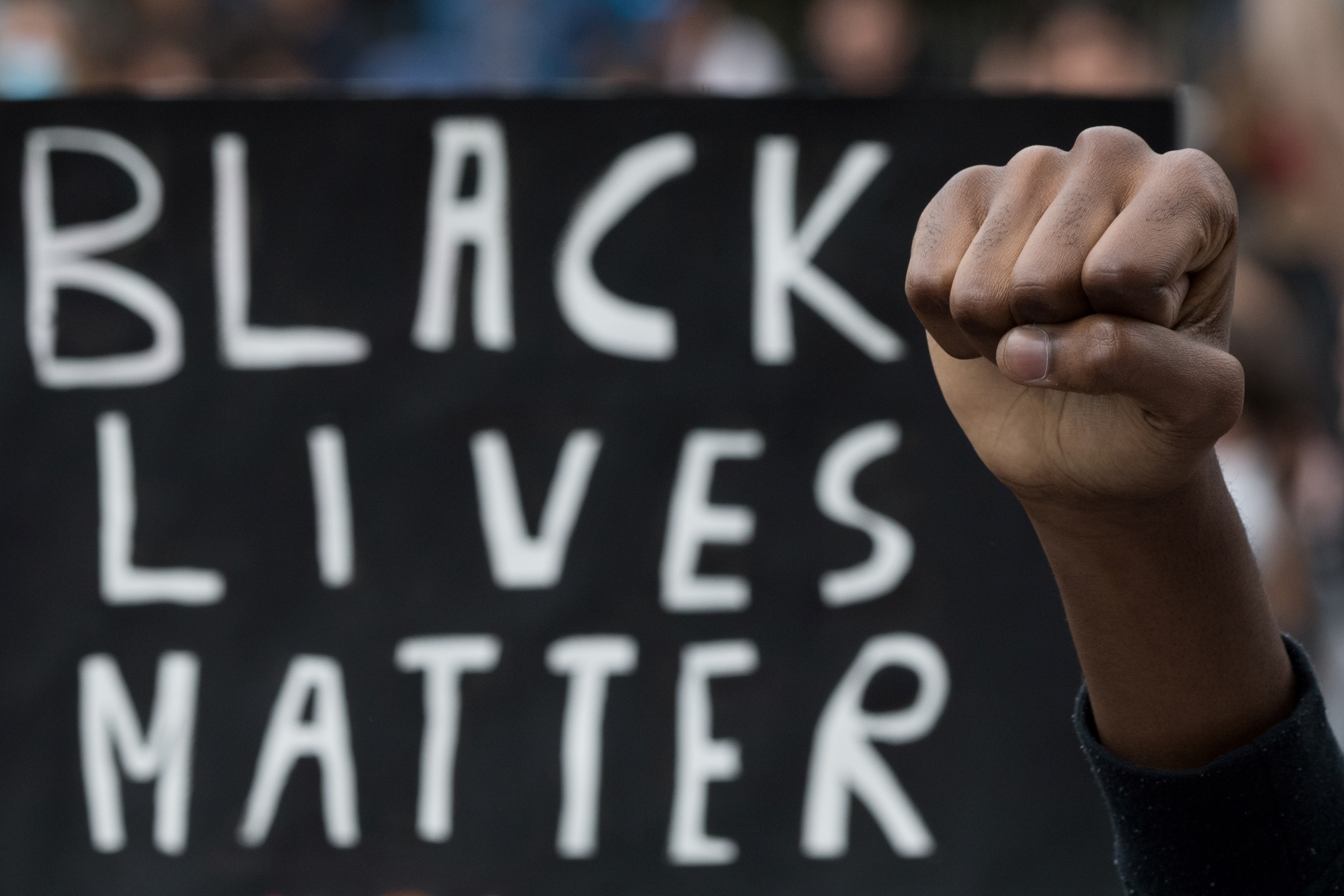 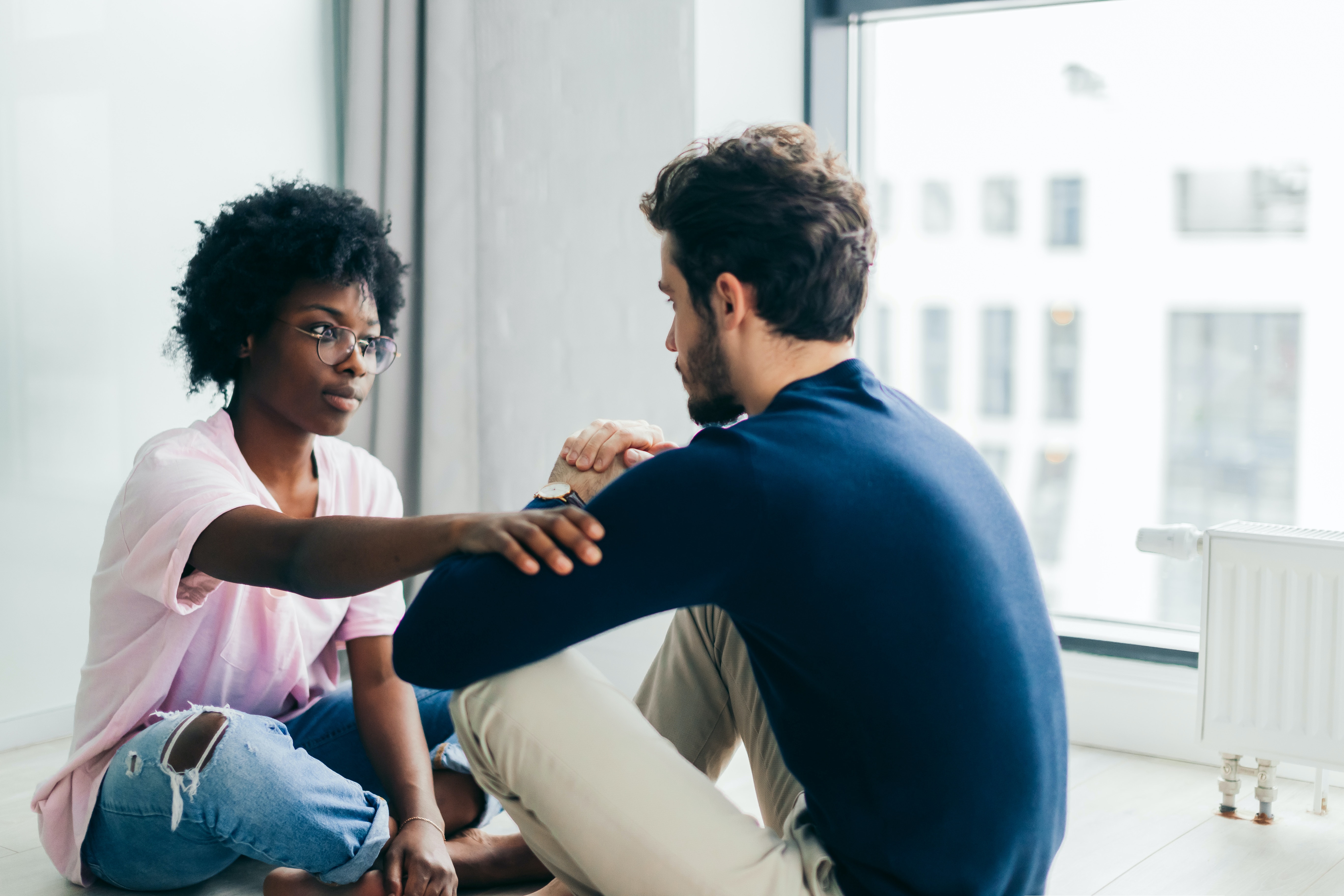 Here’s How To Talk About Racism With Your White Partner 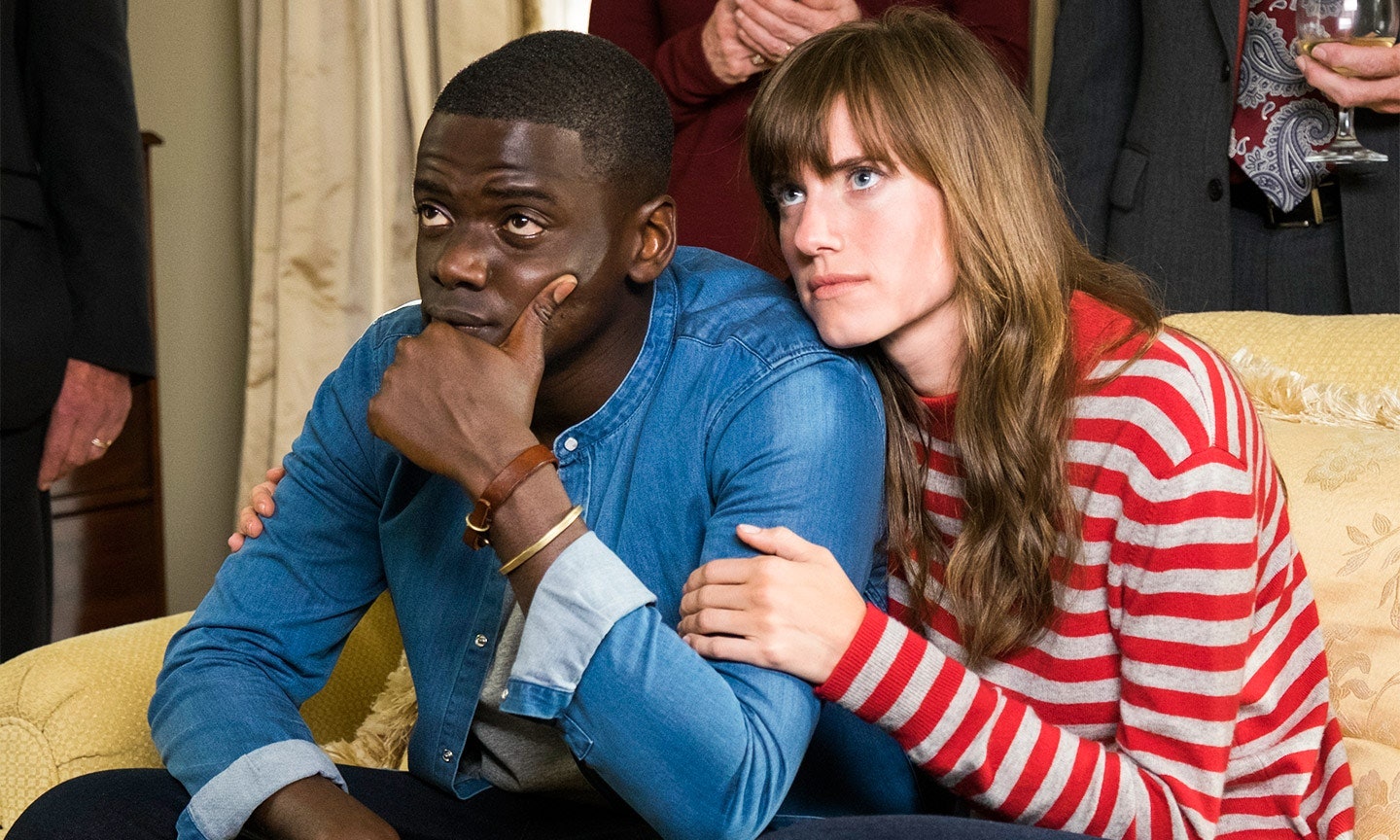 Earthlings, It Seems, Not Aliens, Removed the Utah Monolith
Celebrities