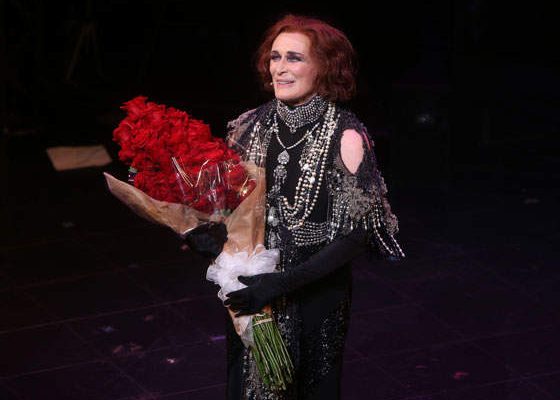 I guess Glenn Close will have an eight crack at OSCAR! Just days after the Academy Awards surprised us with neither Glenn or Lady Gaga walking home with Best Actress and Gaga somehow still coming across in a bed of roses, Glenn is throwing herself back in the MMA awards season fighting octagon. No, she isn’t doing a Holocaust movie – she’s nabbing the other one-way ticket to an award: A MUSICAL! Cue up Patti LuPone’s shank eye.

Glenn won her third Tony Award when she played Norma Desmond in Andrew Lloyd Webber’s musical version of Sunset Boulevard in 1994, and she reprised that role in a new production in London in 2016 and on Broadway again in 2017. So she’s going to star in the movie version in hopes of ending her reign as the Susan Lucci of the Academy Awards.

The Hollywood Reporter says Tony Award-winning choreographer Rob Ashford will direct, which is also his first time directing a movie, so I’m sure Glenn won’t be getting much sleep over concern he’s going to blow this for her…like, uh, the other seven directors. Shooting is supposed to begin this fall. Since Glenn knows the role of Norma Desmond from front to back, she’s kinda reaching into her acting toolkit and polishing off a classic to finally scoop up what’s rightfully hers (despite the stupid Academy failing to recognize her craft in 101 Dalmatians).

The original Sunset Boulevard won seven Tonys, so it certainly has a good momentum behind it (so long as it goes more the Chicago route and not that of Rock Of Ages)…well, until next week when Meryl Streep announces she’ll be leading a reboot of a Phantom Of The Opera movie where she plays Christine AND the phantom!