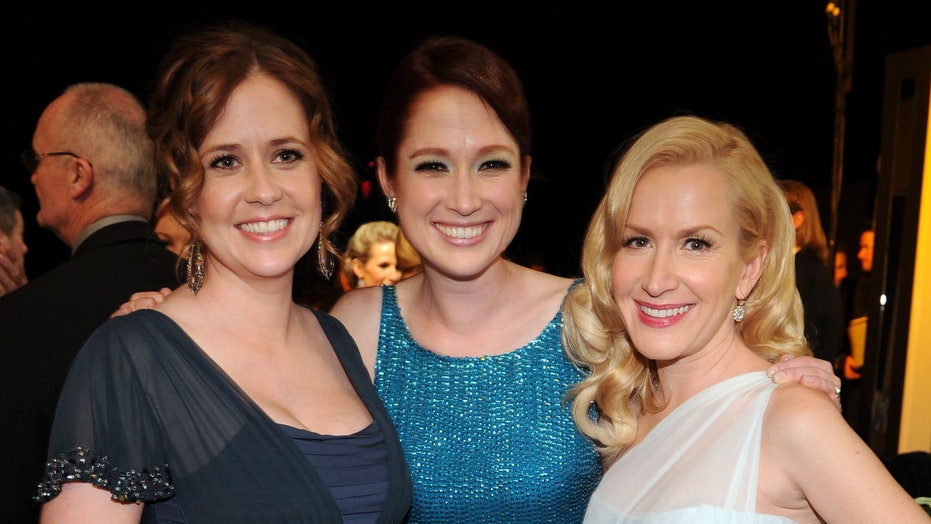 The cast of "The Office" seems to be split on whether they'd do a reboot of the workplace sitcom.

Ellie Kemper, who starred in the show, served as guest-host on "The Ellen DeGeneres Show" on Monday and asked her former co-stars Jenna Fischer and Angela Kinsey if they'd ever like to go back to work on the show.

“I would not do an 'Office' reboot but I would love to do a reunion special,” said Fischer, 45. “I would like to get us all together again.”

“I would do anything they would call me to do," she said, who which Kemper agreed. “If you call me, I’m around!”

The trio also noted that "The Office" has only grown in popularity, finding a following amongst younger viewers — something Kinsey witnessed firsthand after taking a photo with "a really cute gal in a jumpsuit."

"We took a selfie and then all of a sudden my Instagram was going crazy because this girl named Billie Eilish posted a photo of me," recalled Kinsey.

Kinsey admitted to not knowing who Eilish was, calling herself "a dinosaur."

She added: "But I Googled her and she's fantastic, she's a very talented young lady."