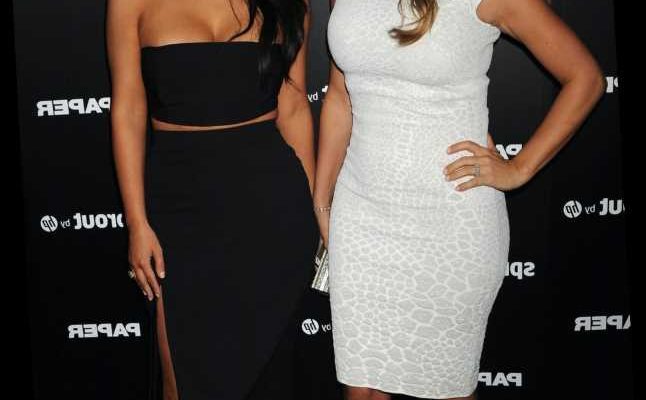 When it comes to the Kardashians’ circle of friends, high-profile celebs come and go like clockwork. One of their oldest and most loyal confidants was socialite Larsa Pippen, who became close with the family around 2011 when she started appearing on Kourtney and Kim Take Miami. Pippen experienced many of the Kardashians’ biggest ups and downs through the years right alongside them, which is why fans find it so hard to believe they’ve gone their separate ways. After Pippen and the Kardashians unfollowed each other on Instagram in July 2020, Pippen confirmed she and the family are no longer close. Despite growing apart, however, the Kardashians and Larsa Pippen’s mutual friends keep them connected.

From their birthday parties and career achievements to their messy feuds, Pippen has supported the Kardashians time and time again, including during the infamous Tristan Thompson and Jordyn Woods cheating scandal. In fact, Pippen was apparently the first person to inform the family about the ordeal.

Unfortunately, somewhere along the way, things changed. When fans noticed Pippen and the Kardashians unfollowed each other on Instagram on July 22, Pippen seemingly tried to play down the rift to suspecting fans, writing in a July 23 IG Story she was "praying that everybody finds peace in their own lives." But Pippen’s evasive response did little to quell the speculation of a fallout.

Finally, in a Nov. 9 episode of the Hollywood Raw Podcast, Pippen confirmed fans’ suspicions she and the famous sisters weren’t on speaking terms anymore. She blamed their fallout on Kanye West, who she said “brainwashed” the whole family against her. During that same interview, Pippen revealed she dated Thompson days before he got together with Khloé Kardashian. She also said Travis Scott told Kylie Jenner Pippen tried flirting with him. None of the Kardashian-Jenner sisters responded to Pippen’s claims.

Just because things ended badly between the Kardashians and Pippen doesn’t mean they won’t ever run into each other in the future. Their five mutual friends are bound to bring them together again someday.

Kim Kardashian and Paris Hilton’s friendship hasn’t been perfect (Hilton infamously compared Kim’s butt to "cottage cheese" during a 2008 interview on the Chet Buchanan and the Morning Zoo Show), but after a decade of dissing each other in the press, they put the past behind them and rekindled their friendship.

They started gushing about how much they loved each other again in 2017, and their relationship has only grown sincebased on their increasing social media interactions.

Pippen has also been pictured with Hilton several times through the years. For example, in December 2018, Pippen attended Hilton’s big Christmas party. Then, in October 2019, she was spotted at the star’s Halloween bash.

Since Pippen and Kim are both Hilton’s friends, they each supported the Simple Life star for her 38th birthday. "Happy Birthday, Paris. Even though your birthday was months ago — this is how she celebrates," Kim told Hilton in a March 2019 video from the party.

Meanwhile, Pippen documented the night with a video of Hilton pole dancing. 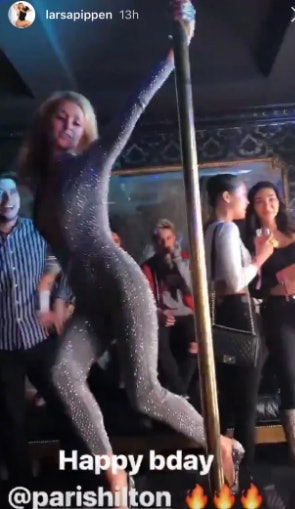 Kim’s ability to get back in touch with Hilton could mean there’s hope for a reconciliation with Pippen in the future too.

According to entertainment website New You, Jonathan Cheban became friends with the Kardashian family through Kim. They reportedly met at a party in 2009 and clicked instantly. Apart from being a frequent guest on Keeping Up With The Kardashians, Cheban, who legally changed his name to "Foodgod" in 2019, is a restaurateur with establishments in Miami and Long Island.

He’s often seen getting dinner with the Kardashians, traveling the world with them, and accompanying them at major events. Since Cheban is basically another member of the Kardashian family, it’s no wonder he became friends with Pippen. In August 2018, Cheban, Kim, Pippen, and her husband at the time, Scottie Pippen (whom she filed for divorce from in November 2018) even went on a speedboat ride in Miami together.

In her November 2020 Hollywood Raw interview, Pippen said her friendship with Cheban didn’t change despite him and the Kardashians being so close.

WAGS LA star Nicole Williams has been a model for Khloé’s Good American athletic wear since March 2018. It’s unclear exactly how Williams met Pippen, but it’s possible the Kardashians introduced them. That same month, Williams and Pippen were seen with Kendall Jenner and Kourtney Kardashian at a basketball game. Williams and Pippen got so close they even coordinated their costumes together that Halloween, and in 2019, Williams attended Pippen’s 45th birthday party. Kim and Kourtney were there as well.

None of the Kardashians acknowledged Pippen’s 46th birthday on social media in 2020, which added to the speculation they had beef. Williams did congratulate Pippen, however, writing "so beautiful" underneath one of her birthday posts.

It doesn’t seem like Williams picked sides amid all the drama between the Kardashians and Pippen. She still comments on Pippen’s social media posts and continues to model for Khloé’s Good American brand.

Williams’ WAGS LA co-star Natalie Halcro is part of the Pippen and the Kardashian inner circle as well. Along with her cousin Olivia Pierson, Halcro appeared on an episode of KUWTK in November 2018 and has admitted she thinks of Kim as a role model. "She’s just a superwoman, the things that she can multitask, from being a mom to studying law and having her own business and filming a TV show, she’s just really inspiring," Halcro said in an E! Interview back in July 2019.

She also rang in the new year back in 2019 alongside Kim, Pierson, Williams, and Pippen.

When Halcroannounced the birth of her daughter, Dove, in February 2020, Pippen and the Kardashians all congratulated her on her new bundle of joy. Halcro hasn’t acknowledged the drama between her friends.

Wherever you’ll find Halcro, you can count on Pierson to be right by her side. (They’re cousins, they both live in LA, and they have a show together called Relatively Nat & Liv, after all.) Even though the Kardashians and Pippen have cut ties, Pierson still seems to be friends with both sides as well. Just like Williams, Pierson wished Pippen a happy birthday in July 2020, and she continues to praise Kim’s business-savvy personality.

"Observing her as a friend has been a learning curve. What she gets done in a day, she’s like a superwoman," Pierson said about Kim in a February 2020 interview with Talk Stoop. "If [Halcro and I] ask her, she’s always willing to help us out."

Things may be over between the Kardashians and Pippen, but their mutual friends don’t appear to be letting it affect their relationships with either side.

In Elite Daily’s It’s Complicated series, we dissect the biggest celebrity drama to find out what happened in front of the camera, behind the scenes, and everywhere in between. Read more here.

This article was originally published on Aug. 13, 2020