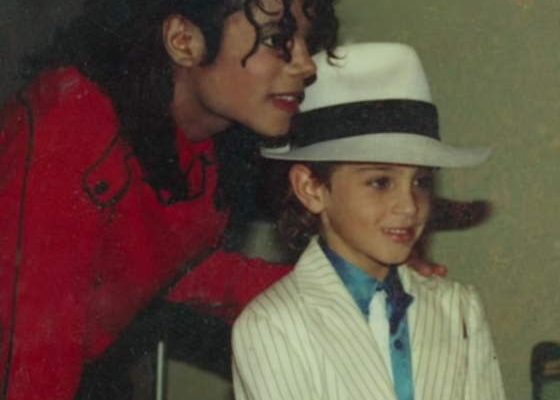 The Jackson Estate, that nebulous blob of lawyers and sundry Jacksons, is really, really pushing back hard on Leaving Neverland, the 4-hour, 2-part documentary about the alleged childhood molestation of 2 men at the hands of Michael Jackson. Despite the fact that the movie already premiered at Sundance, TJE has just filed a $100 million dollar lawsuit against HBO in an effort to get them to just re-air John From Cincinnati instead of airing the doc as planned beginning on March 3. HBO is calling the suit “desperate” and considering that March 3 is practically NEXT WEEK, they make a good point. HBO says they will move forward as planned.

According to Deadline, TJE are trying something a little different with this lawsuit. Instead of relying on their old line “LIES!”, they are pinning their legal defense on a 1992 contract HBO signed with MJ to air a concert special (probably this one). But also “LIES!”. Their breach of contract defense is:

“HBO breached its agreement not to disparage Michael Jackson by producing and selling to the public a one-sided marathon of unvetted propaganda to shamelessly exploit an innocent man no longer here to defend himself.”

I know lawyers are generally salty, but I think TJE lawyers are the saltiest of them all. I’m all bloated and thirsty just reading that. They claim the $100 million is for the damage done to MJ’s legacy.

“The Jackson Estate will seek all damages proximately caused by HBO’s reprehensible disparagement of Michael Jackson, which could exceed $100 million should HBO succeed in the damage it is intending to cause to the legacy of Michael Jackson,” reads a breach of contract complaint in which lawyers from Kinsella Weitzman Iser Kump & Aldisert LL and Freedman + Tailtelman LLP seek an injunction and arbitration.

So. Many. Lawyers. Do you think “Kinsella Weitzman Iser Kump” is 1 person with a fun name or 100 different people? Do they also employ Beans Greens Potatoes Tomatoes & Lamb? If so, maybe that explains why they’re so salty. Don’t worry, I’m not going to get fired. On Fridays, I’m allowed to make sweaty jokes like that.

HBO says they are going to let the people decide what are “LIES!” and what’s the truth.

“HBO will move forward with the airing of Leaving Neverland, the two-part documentary, on March 3rd and 4th. This will allow everyone the opportunity to assess the film and the claims in it for themselves.”

Besides, HBO subscribers can watch John From Cincinnati any old time using the HBO Now app.