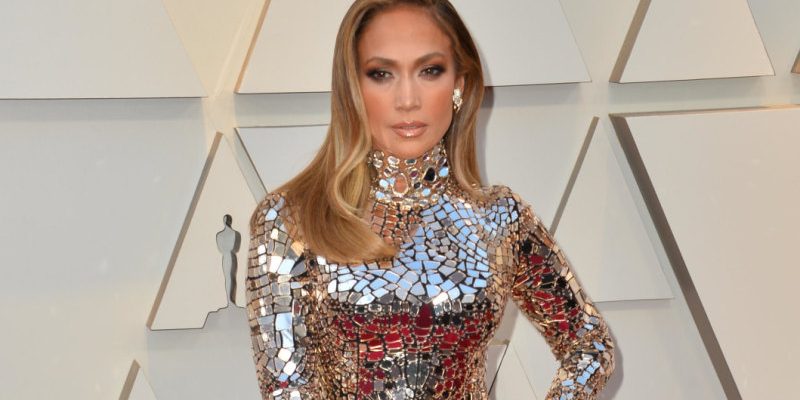 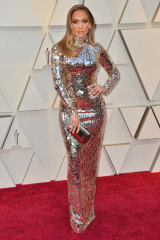 Jennifer Lopez at the 91st Academy Awards earlier this year.Credit:Alamy

Was there something in the water in 1969? Or is the fact that so many of today’s biggest stars were born that year more about the golden wave of TV and film opportunities that appeared in the 1990s as they all came of age?

Well, it happened, and A-listers including Jennifer Aniston, Cate Blanchett, Jennifer Lopez and Catherine Zeta-Jones are marking the milestone birthday this year.

Via its new famous patrons, 50 is exceptionally glamorous in 2019. Fifty is having a huge party and is on a career high. Fifty is no longer the age a singer is past it, or an actress is given crone roles. She’s living her best life and looking better than ever before.

In Hollywood, 50 is at the gym daily. Fifty potentially has a team of stylists to shop for her and wears crop tops, miniskirts and bodycon. And, let’s be honest, 50 also has whatever tweakments 50 fancies. She’s starting down new paths. She has a new boyfriend. She’s even a bride-to-be.

Her style then: Bright, daring and slashed to show off that body.

Her style now: Um, bright, daring and slashed to show off that body.

J. Lo has somehow defied the ageing process. Her physique is extraordinarily strong (if we were obsessed with her bum in the 1990s, today it’s all about her abs), but she works hard for it.

She’s shown a lifelong commitment to skin-baring and to brights and metallics, but in the past decade has updated this in more grown-up ways. Where once a triangle bikini sufficed as a top, now she shows a hint of toned stomach between a smart jacket and high-waisted trousers.

“Jennifer Lopez uses clothes as a way to express confidence and power,” Diane von Furstenberg said in June as she announced J. Lo as the CFDA’s Fashion Icon for 2019.

Having just finished two new movies, Hustlers and Marry Me, she is midway through a tour. Her twins Emme and Max are almost teens, and she seems blissfully happy with her new husband-to-be, baseball player Alex Rodriguez. What does 50 look like now? Hard as nails and wearing a wedding gown – most likely couture.

Her style then: Classic with playful details. 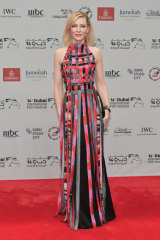 Cate Blanchett has all the fashion fun. Feathers, sequins and bright colours have always been in her lexicon – and she’s amplifying and indulging that side of her personality in her 50s.

Alexander McQueen, Armani and Givenchy have been her go-to labels for 12 years, thanks to their ability to anchor wacky embellishments via super-sharp tailoring. As a result, the Oscar-winning actor always appears avant garde but elegant, whether making a neon suit look polished with slick court shoes, or offsetting a marabou top with black trousers. And she loves to add edginess (a Repossi ear cuff, or a turquoise Tiffany choker to amp up that black dress).

Her stylist, Elizabeth Stewart, has been helping her stay at the top of the best-dressed lists for decades. Cate knows exactly which hues work with her porcelain complexion and cream-blonde hair. Her shoulder-length bob, maintained on and off for 19 years, has proven to be versatile yet simple, never clashing with the clothes. 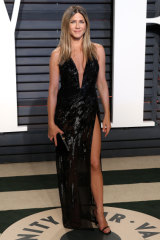 Her style then: 1990s minimalism with an occasional swerve to boho.

Jennifer made some of the 1990s’ key pared-back pieces – vest tops, slip dresses, bleached jeans – her own. As she approached her 50th on February 11, she stayed true to her minimalist aesthetic but sharpened it with tailored jackets by Chanel and Louis Vuitton.

In her 20s and 30s, Jen was more experimental, trying ikat-print skirts for a boho twist. Now she relies on dark gowns and suiting for the red carpet, using fabric nuances like glossy leather as her point of difference.

Her beauty look, too, has not altered dramatically, but has been updated – honey highlights and soft California waves have replaced “The Rachel” and that poker-straight bob.

By remaining consistent, Jen has elevated herself to “timeless” status – and has the deals to prove it. In 2018, she was third on Forbes’s list of highest-paid actresses. And for her big TV comeback this summer (producing and starring in Apple’s The Morning Show with Reese Witherspoon), she is set to make $US1.25 million per episode.

Her style then: Strappy prom gowns and bolero wraps. 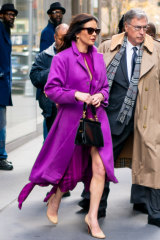 Catherine, 50 on September 25, is now also a social-media influencer, sharing style updates with her 2.6 million Instagram followers. A video tour of her wardrobe revealed it to be the size of a small boutique, with shelves full of Chanel bags, Hermès scarves and some 50 jackets organised by colour.

Catherine’s style is as ladylike as always. She’s still the same bombshell red-carpet dresser, but these days she shows off her hyper-womanly curves in tailored dresses by Michael Kors, Dolce & Gabbana or Marchesa. Her long hair is worn soft and bouncy, and she opts for smouldering eyeshadow.

As well as running her Casa Zeta-Jones homeware line, Catherine has been dabbling in new-format TV shows – she starred in Queen America on Facebook Watch – to help future-proof her career. When she does thered carpet these days, it’s often a familyaffair (her son, Dylan, is 18 and daughter, Carys, is 16), making herthe rightful matriarch of a Hollywood dynasty, with a wardrobe to match. 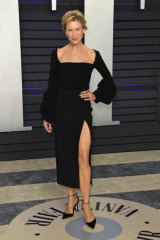 Her style then: Retro satin dresses and strappy heels.

Renée turned 50 in April and celebrated her TV debut, as the lead in Netflix show What/If, at about the same time. It’s the start of a new career era for the actor, whose last big cinema hit was 2016’s Bridget Jones’s Baby and who had taken six years off prior to that to focus on her well-being. Next up, she’ll play Judy Garland.

In 2016, the tabloids demanded to know if the new lines around her eyes were the result of surgery. She hit back: “Perhaps I look different. Who doesn’t as they get older? But I am different. I’m happy.”

Renée’s red-carpet style simplified in her 40s. Where once she favoured satin gowns with vintage details, she took to sheath midi-dresses with block colours and interesting necklines by Carolina Herrera and Miu Miu. It’s a power-dressing move, but one that befits a woman who, at 50, is playing a femme fatale for the first time and is fiercely private – perhaps because she has experienced the sexist narratives around ageing more than most.

This article appears in Sunday Life magazine within the Sun-Herald and the Sunday Age on sale August 18.