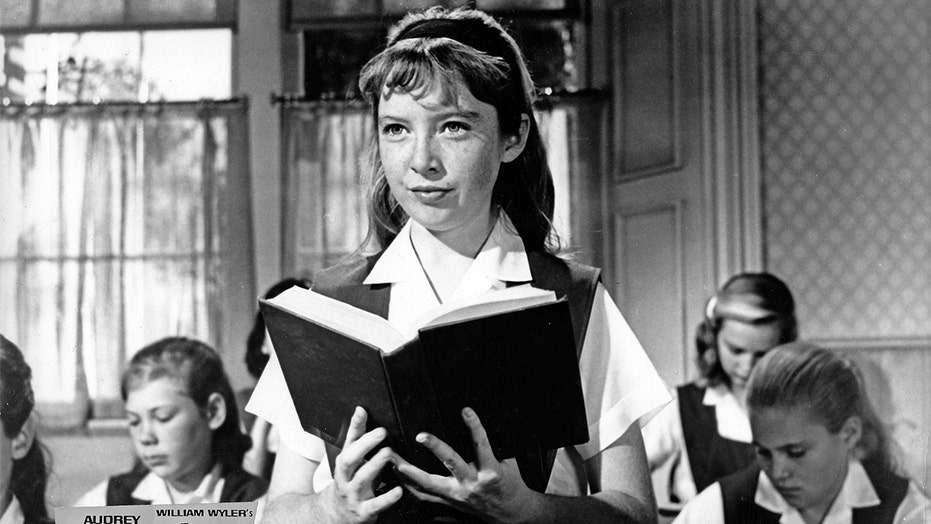 The former child star and older sister of “Sound of Music” actress Angela Cartwright has led a decades-long career in both film and television. At age 9, she appeared in 1958’s “In Love and War,” where she played Robert Wagner’s sister. The actress was also a semi-regular on the CBS series “Leave It to Beaver” as Violet Rutherford, famed for giving Jerry Mathers’ iconic character his first on-screen smooch. At age 15, she won an Emmy for Best Actress in the TV film “Tell Me Not in Mournful Numbers.”

Despite her numerous credits for film, television and theater, many fans remember her best from Hitchcock’s 1963 thriller “The Birds,” which starred Tippi Hedren and Rod Taylor. Cartwright, now 72, still keeps busy and currently has the film “How to Talk with Spirits” in pre-preproduction.

The star spoke to Fox News about giving Mathers, the kiss, meeting Hitchcock and how she managed to escape Hollywood’s dreaded child star curse. 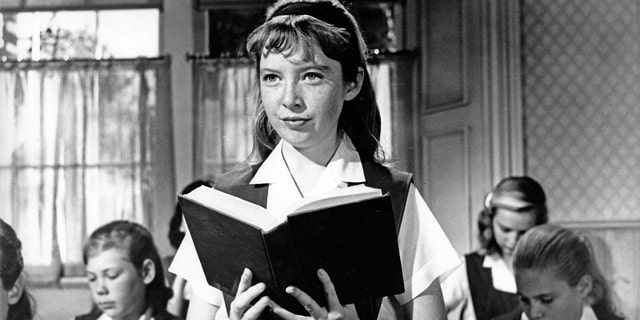 Angela Cartwright has worked with some of the most iconic names in Hollywood.
(FilmPublicityArchive/United Archives via Getty Images)

Fox News: Your character Violet gave Beaver his first kiss in “Leave It to Beaver.” How nervous were you to film that scene?
Veronica Cartwright: Oh gosh, you can only imagine the embarrassment of a 9-year-old *laughs*. What’s funny is that I actually had a crush on Tony Dow. A big crush on him. I remember thinking whenever we did our classwork just how cute he was *laughs*. But in terms of that scene, I think we were both just mortified! Looking back on it now, it’s just hysterical, but we were certainly embarrassed.

Fox News: Have you stayed in touch with the cast?
Cartwright: Oh yes, we run into each other at conventions all the time. And a bunch of us have been on different shows so our paths do tend to cross. Funny enough, I have seen Tony more than Jerry! *laughs* But it’s always fun to run into each other and reminisce about our childhoods and the work we did together.

Fox News: You had the opportunity to work with Alfred Hitchcock in “The Birds.” What was your initial impression of him?
Cartwright: At that time, I had done “The Children’s Hour” with Audrey Hepburn and Shirley MacLaine. Apparently, he requested to meet me. When I had my first interview, he already knew that I was born in Bristol, England. He went on to tell me that’s where his favorite wine seller was. 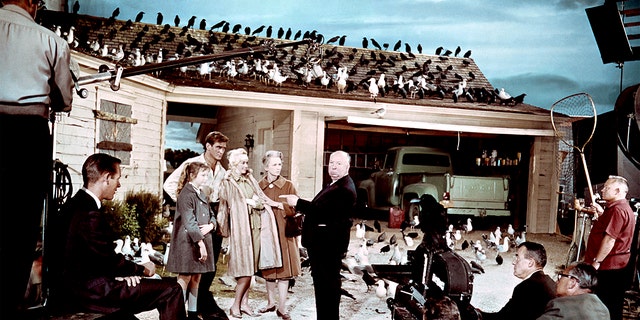 Veronica Cartwright starred in ‘The Birds,’ which was directed by Alfred Hitchcock.
(Universal Pictures/Sunset Boulevard/Corbis via Getty Images)

He then proceeds to name these wonderful wines. Well, I was 12 *laughs*. Then he went on to tell me how to cook a steak and how it had to be a certain temperature on the interior. And then you’d put a piece of aluminum foil over the top of it. That would keep the heat in and then it would be a perfect rare. He said, “These are the things you should know before you get married someday.” Again, I was 12 *laughs*.

And that was the interview! I ended up getting the part, but I must say, I was never intimidated by him. He was always so incredibly nice to me. I could ask him any questions. I remember during filming, there were a lot of fake birds being used. I remember I asked him, “Isn’t the audience going to know that they’re fake?” And he said, “When you see movement, you assume that everything is a lie.” To this day, whenever I see the movie, every time I spot a bird that I think is fake, it suddenly moves! It’s so bizarre, but it’s true. We just assume everything’s a lie. I remember there were cardboard cutouts and they would put real birds in between.

He really believed in the magic of movies. I thought it was totally cool. I used to speak to him every day. At four o’clock every afternoon, he would have his tea and biscuits. That’s when everything stopped for him and he would just shut down. And I would just sit next to him. Again, I never thought he was intimidating. I just thought he was really cool. 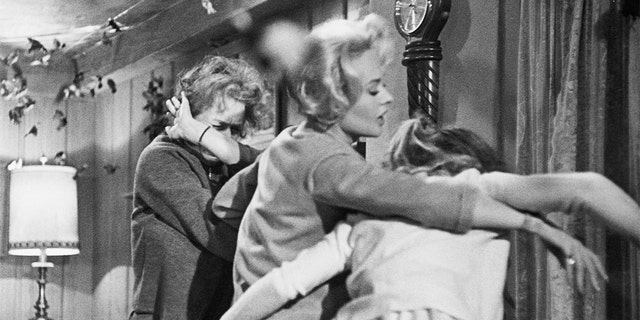 Fox News: Do you have a favorite memory from your time filming?
Cartwright: I remember they threw me a huge birthday party. I had turned 13. Every cast and crew member was there. I remember [Hitchcock] got a piece of white cardboard and a black crayon. He wrote, “To the woman I love, Veronica.” He drew his face and signed it. I still have it hanging in my office. I just remember him being kind to me.

On the set, he would do a lot of odd things. We would shoot everything twice – in Bodega Bay and in the studio. In one scene, we ran down a hill in Bodega Bay. In the studio, it was on this huge treadmill. I remember he sped up the treadmill and there were just bodies flying everywhere *laughs*. We ran like crazy. We all desperately wanted to get to the front. He was a little sadistic I guess.

Fox News: And even then you weren’t intimidated?
Cartwright: Oh no, he had a very strange sense of humor *laughs*. I guess he would tell dirty jokes all the time. My aunt used to go with me to the set because my mom was with my sister, who was filming “Make Room for Daddy.” I remember he would tell these jokes [on set] and everybody would just laugh. I would laugh too, but I was really oblivious. So I would tell my aunt and she would go, “Oh my goodness!” I guess some of them were a little rude. But I really enjoyed my time making that movie. 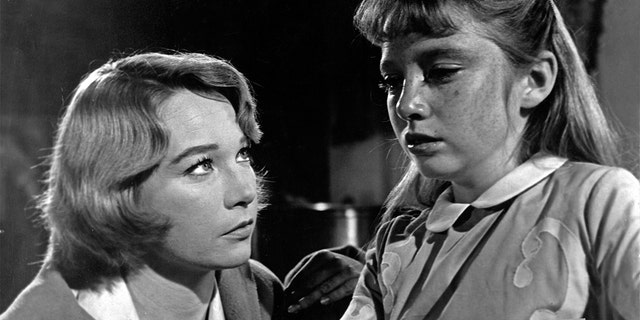 Fox News: You previously worked with Audrey Hepburn and Shirley MacLaine. What was your initial impression of them?
Cartwright: Well, we were told we shouldn’t be around Shirley because her language was a little colorful *laughs*. I just remember she was so cool. She would crack these jokes with the cast and crew and she just lit up the entire space. She commanded that space. But she also took her work very seriously. She would give really helpful advice. She would say, “Honey, you don’t have to cry until the camera goes on. Otherwise, by the time they get to you, you’ll run out of tears.” And that was helpful.

There was a breakdown scene where I had to cry and we kept filming it. By the time we were done, I was just hyperventilating. I didn’t even know if you could call it acting that point. It certainly broke through everything. I remember Shirley MacLaine came over, hugged me and said, “That was so wonderful.” She made sure the crew got me into a dressing room where they brought ice packs.

Years later, Shirley was doing a one-woman show. I had the night off so I went to see her. She was just this incredible ball of energy. It reminded me of the first time I saw her on set. I went to see her backstage and I thought, “She’s probably not going to remember me.” She was standing at the door, saw me, and said, “Honey, I have followed your career.” It was just a wonderful experience. It made me realize why I was doing what I was doing. 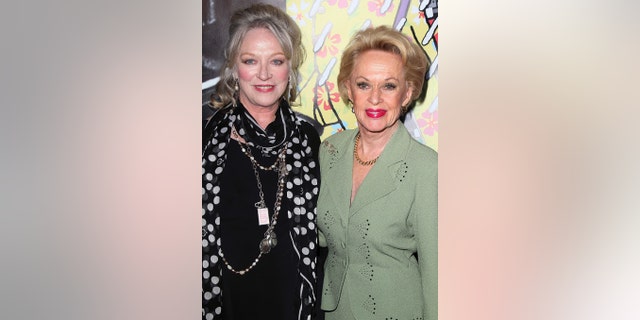 Fox News: And what about Audrey Hepburn?
Cartwright: She was just so lovely. She had a little Yorkie Terrier that she used to carry around with her all the time. I just remember how beautiful she was. The way you saw her in the movies is exactly as she appeared – she was that beautiful. She was regal. She focused on her work, but when we weren’t filming, she was very sweet and kind. I have a couple of pictures with her still. She really was the real deal.

Fox News: How did you escape the so-called child star curse we often hear about?
Cartwright: For starters, I had a supportive family, which you need for a good foundation. I have always worked and when it stopped, I turned myself to acting classes. I thought, if I can’t get a job in Hollywood, I’ll just head back to England and study acting, pursue it in different ways.

I knew I wasn’t going to stop. That’s why I was a waitress for a long period of time, so I could pay for my acting classes. I’ve always loved acting and it can get very frustrating when you can’t do it. But I think you really need to have a love for it. You also need to learn to adapt. I know that has kept me going. And I’m still here!