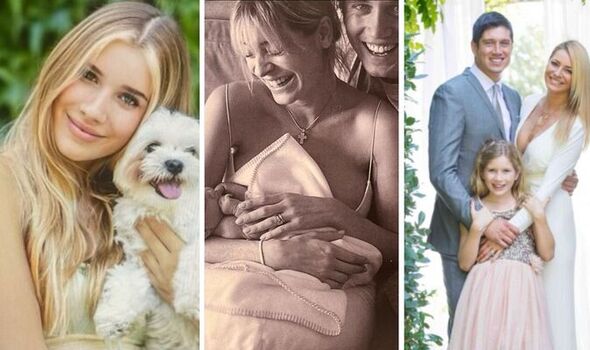 Tess Daly shared the birthday update with her 807,000 Instagram followers

It comes as her daughter Phoebe, whom she shares with husband Vernon Kay, turned 18.

Tess Daly, 53, was bursting with pride while celebrating her eldest daughter Phoebe’s major milestone. The Strictly presenter was visibly unable to contain her excitement as she wished her daughter a happy 18th birthday.

The mum-of-two, who shares Phoebe and Amber, 13, with husband Vernon, 48, posted several snaps to mark the happy occasion.

In one photo, Phoebe bore a striking resemblance to her mum as she cuddled her dog while beaming for shots.

Another snap showed the teen as a newborn baby being held in her parents’ arms – who have been married for 19 years – as they cosied up on the sofa.

Tess penned as part of the post: “Where did the time go? Our little Phoebe is 18 today! Wishing you the happiest birthday!”

Tess Daly added that she was “so proud” of her daughter

She said “We are so proud of you and can’t wait to celebrate this milestone with you. Love you to the moon & back.”

Tess Daly’s famous friends such as Amanda Holden, Claudia Winkleman and Gorka Marquez all joined the presenter in wishing her daughter a happy birthday.

He said he was the “happiest dad in the world”.

Last month, the former Family Fortunes host said he doesn’t want his children to live off his and wife Tess’s fame, insisting they form “their own careers”.

The TV presenter told MailOnline he’s currently looking at drama schools for his eldest daughter, where she can combine her passions for acting and business.

Vernon Kay said he didn’t want his children to be handed life “on a plate”.