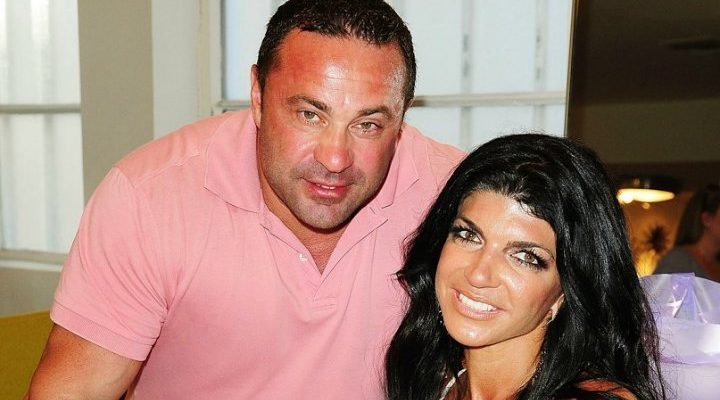 AceShowbiz –Teresa Giudice isn’t as strong as she looks on the outside. While she’s still spotted out there partying and enjoying herself, she’s actually “a mess” inside amid her husband Joe Giudice‘s possible deportation, her brother Joe Gorga says.

The “Gorga Guide to Success” author tells Us Weekly, “It’s very, very hard. You see, she puts up a good, strong front – she has to. She has to raise her children by herself, so she has to be strong. She can’t be weak. You know, you see this tough girl [on TV] all the time, but she’s weak.”

Joe Gorga adds his sister is trying to find distraction from the drama surrounding her husband’s legal issue. “She’s got to keep herself busy,” he says. “She’s constantly going out because when she’s home, she has no one to hold. No one’s around. [Her] kids, they’re in their activities and they want to be with their friends. You know, she’s a mess.”

The real estate developer reveals that the absence of the father figure in the family has been hard for the Giudice children as well. “It’s hard,” Joe Gorga says to Us Weekly. “They need their dad, you know? They really want him and they love him, and they all have a little bit of an issue. … That’s all I can say. It’s really tough.”

“You’re in Italy, and it’s not Florida!” he stresses how far Joe’s native country where he will be deported to is. “You know, that’s not an hour plane ride.” Joe Gorga thinks that his nieces will still be visiting their father, though, saying, “I’m sure they’re going to go there instead of being on another vacation. That will be their vacation. I’m sure of that.”

Hoping the best for his sister, he adds, “I want her to be with her family. That’s what I really want.”

Joe Giudice was released from prison on Thursday, March 14 after serving 41 months for tax fraud. He was immediately transferred to the custody of Immigration and Customs Enforcement while awaiting the ruling of the appeal he filed in his deportation case.

Teresa has confirmed that she would split from Joe if he gets deported. “I’m not doing a long distance relationship. I’m not doing it,” she said in “The Real Housewives of New Jersey” season 9 reunion. “I want somebody with me every day.” She went on explaining, “I know exactly what happens – I’m sure he’ll be with other women. It happens. You do the long-distance thing, it’s not going to work. I’d be like, ‘Bye bye.’ “