Tekashi69‘s got the wrong idea of what bottle service means in a Miami strip club, according to a dancer who claims he smashed her in the head … after someone called him out for snitching.

Now Alexis Salaberrios is striking back at the rapper with a lawsuit she filed Friday over what she claims was a bloody incident inside Gold Rush Cabaret on February 20. In the suit, she alleges Tekashi threw a “deadly object with intent to commit serious bodily injury.”

Her attorney, David M. Tarlow, tells TMZ the object was a champagne bottle, and he’s claiming Tekashi threw it because someone called him a rat. Problem is, the bottle missed his intended target, and Alexis alleges she ended up taking it to the dome. 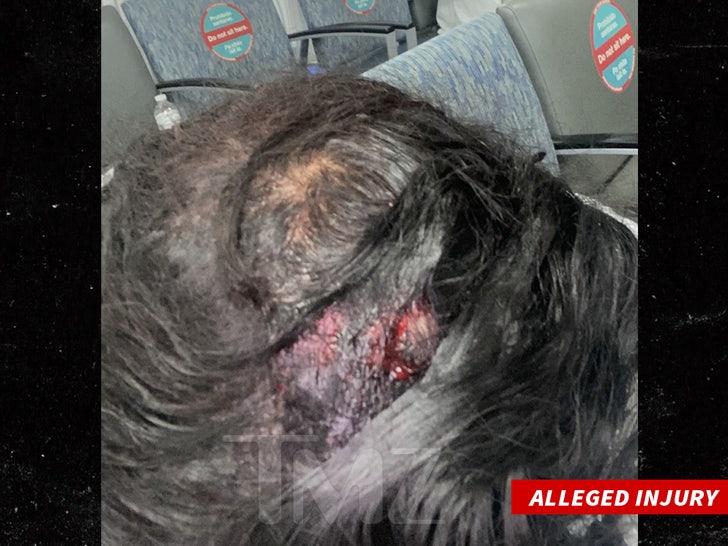 He tells us her alleged injuries required a trip to the ER where she got several staples to close a head wound.

According to the docs, obtained by TMZ, Alexis is also ripping Gold Rush for its lack of security around Tekashi, considering he’s known to have a “propensity for violence.”

After she was injured, Alexis alleges club staffers ushered 6ix9ine out of the joint, and immediately pressured her not to call police. Tarlow says Alexis ignored them, and did report the incident to cops.

She’s suing the club for gross negligence, and Tekashi for aggravated battery — but he feels the lawsuit’s just a money grab.

Tekashi’s attorney Lance Lazzaro tells TMZ … his client was not involved in any such incident, and adds, “There are video cameras in the establishment. It’s an attempt to shake him down. If he is served properly, we will immediately move to have it dismissed.”