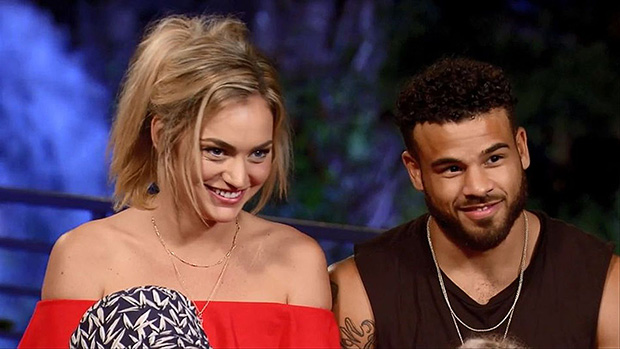 MTV stars, Cory Wharton and Taylor Selfridge, are back together again! Cory took to Instagram on Feb. 18 to confirm the romance is back ON, and fans are feeling some type of way about it.

Cory Wharton and Taylor Selfridge took to their respective Instagram Stories on Feb. 18 to reveal they’re taking a “baecation,” confirming speculation that they’re dating once again. Cory confirmed the reconciliation to Us Weekly, and said that he and Taylor, who first starred on season 5 of MTV’s Are You The One, got back together “about a month” ago. The two first met on season 1 of Ex on the Beach, and briefly dated after filming wrapped (the show aired during spring 2018). However, the fling was short-lived.

Once news of Cory and Taylor’s reconciliation when public, fans immediately began flooding his social media, begging him to get together with Cheyenne Floyd, the mother of his daughter, Ryder, instead. Cory and Cheyenne hooked up after filming The Challenge: Rivals III, which is when Ryder was conceived. However, they were never officially in a relationship. The pair joined the cast of Teen Mom OG in 2018, and fans have been pulling for them to be together romantically ever since. The two have an extremely amicable co-parenting relationship, but have continuously insisted that it will be nothing more than that (for now).

However, at the Teen Mom OG reunion show, which aired in Jan. 2019, both Cory and Cheyenne admitted that the possibility of them being together in the future isn’t totally off the table. “I think that we can be together, but right now’s not the time,” Cory said. “I’m not gonna lead her on and then not be ready to marry her.” Cheyenne added that she “respected” the fact that Cory was aware enough to know he’s not ready to be with her.

Cory talking about how people are upset that he’s dating Taylor . . #thechallengemtv

Meanwhile, when Cory started getting major hate for getting back together with Cory, Cheyenne, who’s in a new relationship of her own, stood up for him. “All the bashing of him and his girlfriend…you have to chill,” she said on Instagram Live. “Regardless, at the end of the day, Cory is a great father to Ryder and that’s all that matters. We are still friends. We will always be family.”

Cory also addressed the relationship on his Instagram Live, saying, “Cheyenne’s a great person, a fabulous mother. I will always have some type of love for Cheyenne. But I’m not in love with Cheyenne. I’m sorry to tell you guys. I wish you guys could live my life for me, but you can’t. Taylor is the person that makes me happy.”