There’s nothing like Christmas in New York, especially for the newly engaged Bachelorette couple, Tayshia Adams and Zac Clark. We all watched Zac and Tayshia’s whirlwind romance play out week after week. In the end, it was always gonna be Z and T. I mean, that proposal?! *sigh* It put fairytales to shame.

So, obvi, they wanted to spend their first Christmas (!!) together. And judging from Instagram, it looks like they flew to Zac’s home in New York City for Christmas and then also spent time with Tayshia’s family in Laguna Beach, Calif. That’s a lot of travel, but at least they’re racking up those airline miles, right?

After touching down in NYC, the first order of business was to find a tree, ofc. While Zac went on his run in frigid temperatures (God bless him), Tayshia went on a hunt for a Christmas tree, admitting that she might get lost. 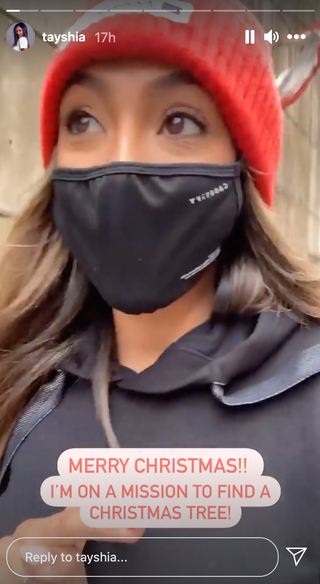 Despite her best efforts, she learned the hard way that there are a lot of people in New York, and people tend to buy their trees… before Christmas. 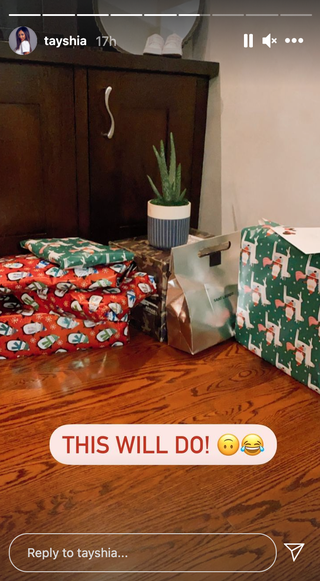 I’m LOLing. The important part is that they were together looking hella adorable. 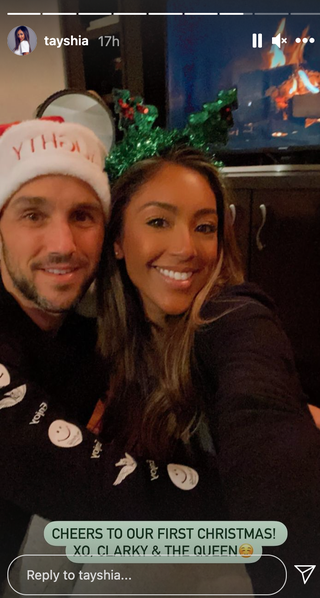 According to People, Tayshia will be moving to New York ASAP. Speaking to the outlet, Zac said: “She has a one-way ticket to New York. We’re going to get comfortable. And I’m going to date the heck out of her!”

Tayshia, however, clarified that she is planning to split her time in New York and Laguna for a bit. But, I have an idea that she’ll always be a Cali girl at heart… at least until she figures out her way around the city.