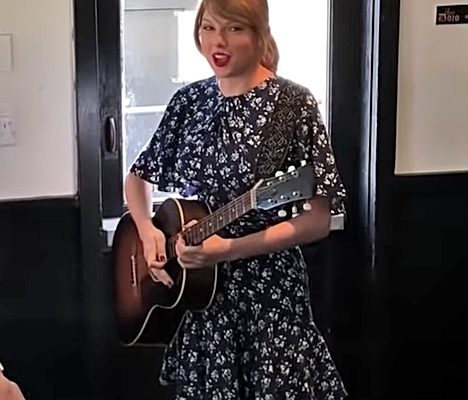 Alexander Goldschmidt is a longtime, fully obsessed Swiftie superfan. He’s so obsessed, in fact, that when he proposed to his boyfriend Ross Girard he did so with Taylor’s song “King of my Heart” playing in the background.

“I decided to propose to Ross listening to [the] song in my car,” Alexander wrote on Instagram yesterday. But then he took things to a whole different level when he secretly reached out to Taylor to see if she would be willing to come to his engagement party.

Not only did she agree, but the pop icon showed up with a guitar. And she serenaded Alexander, Ross and their assembled friends and family with a live acoustic version of the song that meant so much to the couple.

The stunned engagement party showed their appreciation to Taylor throughout the song. And, when Taylor was finished, there were reportedly few dry eyes among the people who were attending

You can watch Taylor’s touching serenade in the video below.