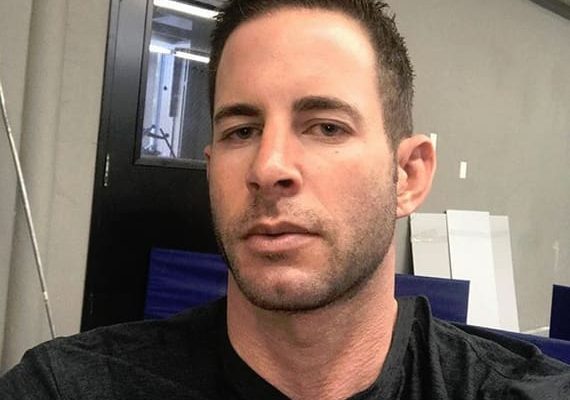 Despite the fact that Tarek and Christina El Moussa’s divorce was anything but amicable, it seems the couple has managed to mostly patch up their differences in order to work out an amicable co-parenting relationship.

Of course, Tarek may have just flushed all that goodwill down the toilet with one boneheaded blunder that might have been an intentional act of malice.

As you may have heard, Christina has gotten re-married to a dude named Ant Anstead, who is amazingly not Antman’s alter-ego.

Not only that, Christina and Ant are expecting a child together — and it sounds like everyone is pretty psyched about it.

Obviously, Christina and Ant are excited, and it seems their joy is shared by Christina’s kids from her marriage with Tarek, and even Tarek himself is happy for the newlyweds.

In fact, Ant couldn’t STFU about his ex’s big news during a recent interview with TMZ Live.

“I’m excited for her new chapter in life,” he began, innocently enough.

“And they’re a great couple and I really do hope the best for them.”

So things started out on a positive note, but they quickly took a turn for the idiotic:

“She’s having a son. My kids are super excited.”

Yeah, that’s great that he’s so happy for his ex, but there’s one problem with Tarek’s statements:

Christina and Ant had not yet revealed the baby’s gender, and they were likely planning to do so in the form of a lucrative exclusive with People magazine or some such outlet.

The couple has thus far remained quiet on the subject of Christina’s ex ruining their surprise and screwing them out of a payday, but one of their reps issued a statement to People that can only be described as downright icy:

“While Christina and Ant wished they could have shared the news themselves, they are very excited to welcome a baby boy in the fall,” said the insider.

Yikes. Did anyone else get a chill down their spine reading that?

Clearly, Christina is none too thrilled with her ex’s revelation, but fortunately, these two are no longer working together.

Tarek recently announced that he’ll be breaking away from Christina for an as-yet-untitled HGTV show in which he “partners with real estate novices to help them learn the secrets of a successful flip.”

“[Christina and I] have been working together so long, and we’re just so intertwined with all our businesses and all our shooting that it’s kind of refreshing to go off on my own now and try some new opportunities,” Tarek told TMZ.

As a bonus, he won’t have to spend time around a woman he just royally screwed who has easy access to power tools.