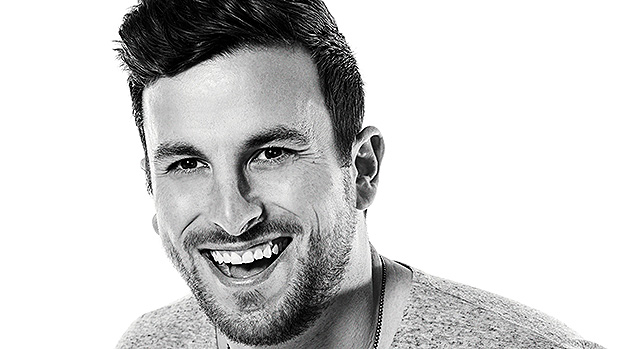 Jade and Tanner have an adorable daughter, but one isn’t enough for the cute couple! Tanner talked to HL EXCLUSIVELY about how the journey to baby number two is ‘wearing on’ them.

Tanner Tolbert, 31, and Jade Roper, 32, welcomed their baby Emerson, 1, in August of 2017, but they aren’t done growing their family! The cute couple, who tied the knot in 2016, are actually working on having their second. “We’re trying,” Tanner admitted told Hollywoodlife.com EXCLUSIVELY. “With Emerson, literally the first month we tried, we got pregnant. So in our heads, we were like, ‘Oh, that was easy. It’ll be that easy in round two,’ but it hasn’t been. We’ve been trying for like nine or ten months now. Still not crazy long, but we’ve definitely been trying. I know it’s been wearing on Jade a little bit.”

While the Bachelorette and Bachelor in Paradise alum admitted that they hadn’t actually checked to see whether anything was wrong, they’re hopeful. In fact, Tanner has a guess as to why they’re having such a hard time conceiving. “I think that breastfeeding has something to do with it,” he said. “Nick [Viall] was talking to me about how his mom couldn’t get pregnant until she stopped breastfeeding. I guess that jacked with the hormones, so she just now is kind of at the point where she feels comfortable ending the breastfeeding, so I’m hoping that in the next couple months, we can do that.”

And maybe then Jade and Tanner will get the positive result they’re hoping for! But until then, they’re just enjoying their daughter’s milestons.

The adorable little one recently took her first steps in Vegas — and the new dad posted a video of her walking shortly after on Instagram. Emerson couldn’t be cuter! He and Jade take such good care of her, and we can’t wait for them to welcome a little brother or sister for Emmy.