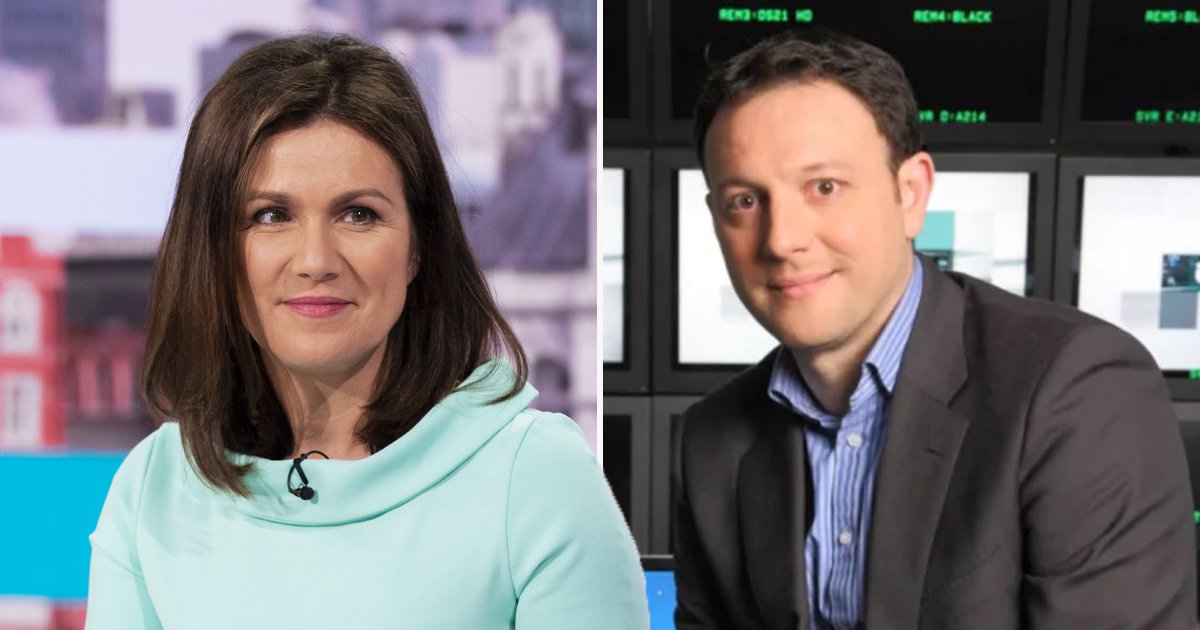 Tributes have come in from ITV stars in the wake of the news former news editor Geoff Hill has died at 52.

Hill, who had been battling leukaemia since 2017, died surrounded by his family after being admitted to hospital in London last week.

Good Morning Britain presenter Susanna Reid paid tribute on Twitter writing: ‘Above all else, Geoff was a thoroughly lovely man. This is so, so sad. Sending love to his wonderful family.’

She also shared other words from ITV colleagues including ITV News royal editor Chris Ship who said: ‘We are all beyond devastated to share the news that our friend and colleague @geoffhillITV has passed away.

‘He fought and fought the leukaemia which hit him 4 years ago and he did it bravely.

‘He was part of our family and we will miss him. Rest in Peace.’

He added that his colleague was ‘determined to see it off’ but ‘just couldn’t’.

Hill joined London Tonight in 1993 before moving to ITV News in 2000 for seven years, before returning in 2013. He covered some major world events including the EU referendum and Donald Trump winning the US presidential election.

The journalist left the role following his diagnosis to focus on his treatment, and came back to his position full-time last year. However in September 2020 he stepped down after a relapse.

In an interview earlier this month he said the decision to leave ITV a second time was ‘the cruellest thing’.

‘I was about to return – but after my relapse, I knew I had to do it,’ he told Daily Mail.

‘Nothing is as shocking as getting a leukaemia diagnosis. But in some ways, this blow was on a par.’

He often campaigned for Cure Leukaemia, which connects patients to blood cancer clinical trials, as recently as June.

Hill has also had roles at CNN International and editor-in-chief at Setanta Sports News.