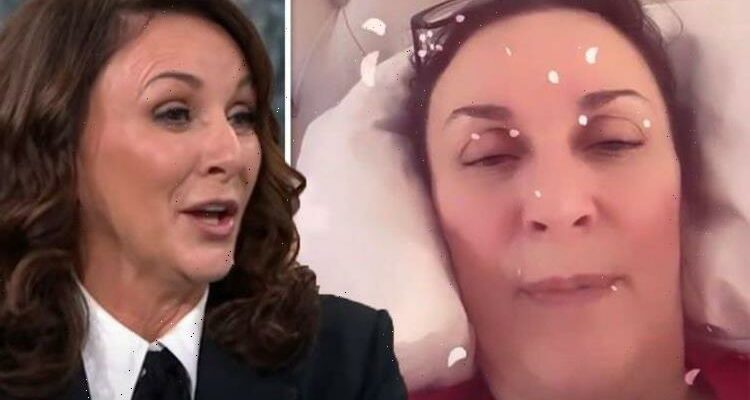 Strictly Come Dancing’s head judge Shirley Ballas has taken to Instagram to reveal that she’s taking the day off of work to “recuperate” while giving her followers an update on her health. Last year, the dance professional, 61, sparked concern amongst the show’s fans when viewers spotted a lump in her armpit. But Shirley has now told how she’s had the flu for six weeks and has finally been forced to slow down and rest.

It is saying to me your body needs to rest

Shirley gave her 236,000 followers an update on her health from her bed.

Relaxing, the Strictly star used a pink-coloured filter featuring petals floating down as she revealed that she was taking time off.

She said: “So I’m in bed today, had this kind of flu type thing now for about six weeks, but I test regularly and it’s just the flu.

“But of course when you get the flu you think you’ve got other things.”

The dance pro revealed that she had tested negative for coronavirus.

Shirley continued: “But anyway, everything’s negative, but I just took a day off work today to recuperate.

“Perhaps that’s what I haven’t been doing.

“Anyway, wishing you all well, wonder what you’re all up to today,” she added.

The head judge went on to reveal that she was enamoured with the filter she was using, as it made her eyelashes appear to be extra long.

“And this app gives me eyelashes you see, because really I look like poop,” she said.

“But when you put these filters on it’s actually quite nice, but it’s not real,” Shirley said before laughing.

She continued: “Anyway, in bed, see?

“Never stay in bed but hey ho, here we go, it is saying to me, your body needs to rest,” she said before ending the clip.

Shortly after the start of the most recent Strictly series last year, viewers of the show spotted a lump in the head judge’s armpit and urged her to seek medical help.

After greeting her followers, the star said: “I got two sets of results back today and the shadow on my kidney seems absolutely fine and some other polyps are absolutely fine.

“No cancer there so that’s good,” she added, before admitting that she needs to have her breasts checked once more.

Shirley continued: “My hormones are still all over the place today so starting today with some oestrogen to see if we can balance the body better…”

The ballroom champion had originally alarmed doctors with her rocketing testosterone levels and “lack of oestrogen”, which they had aimed to investigate to check the cause was not cancer.

Tests had been conducted at King’s College Hospital through the NHS, which Shirley reassured concerned fans had been “really quick”.