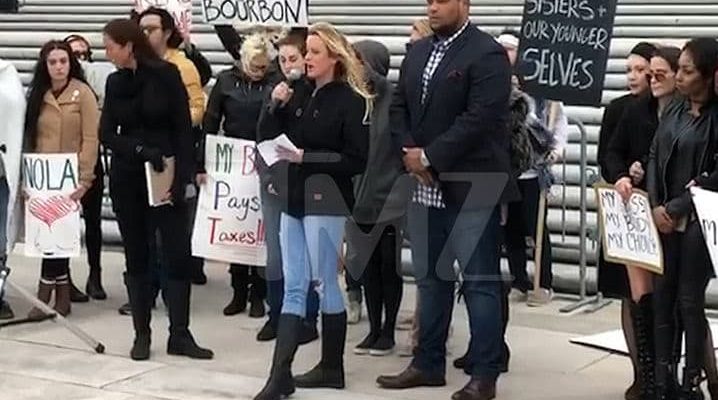 Stormy Daniels went back to her home state to protest a law setting minimum age requirements on strippers, which she calls an illegal attack on women and a bad precedent.

The bill was originally called SB 468, and it stated that strip clubs couldn’t employ dancers under the age of 21 (aka no 18, 19 or 20-year-old strippers allowed). It got signed into law in 2016, but will be reinforced again this month … which is why Stormy is pissed.

She definitely didn’t miss the opportunity to bash the legislation, calling it “f***ing sexist” … and claiming it targets female dancers and not males. We checked the language of the law, and while it doesn’t flat out say it’s aimed just at women, many have interpreted that way.

Check out Stormy’s take on why the law isn’t actually a good tool to help fight human trafficking — like it was pushed as when first introduced — and what folks should do about it.

Oh, and apparently it was pretty freakin’ cold out there in Louisiana. Wait ’til the end …