If the NBA star’s new social media posts are any indication, it’s safe to assume that the Warriors will be collaborating with the K-Pop star this season, much to fans’ excitement.

AceShowbiz -It seems like the Golden State Warriors continues its partnership with K-Pop stars. If Stephen Curry (II)‘s new social media posts are any indication, it’s safe to assume that the Warriors will be collaborating with BTS’ (Bangtan Boys) member Suga this season.

On Tuesday, September 27, Stephen responded to Suga sharing a picture of him showing off his Warriors jersey with No. 3 written on the back. “Love the jersey SUGA!! See you soon [plane emoji],” so the NBA star wrote on Twitter. 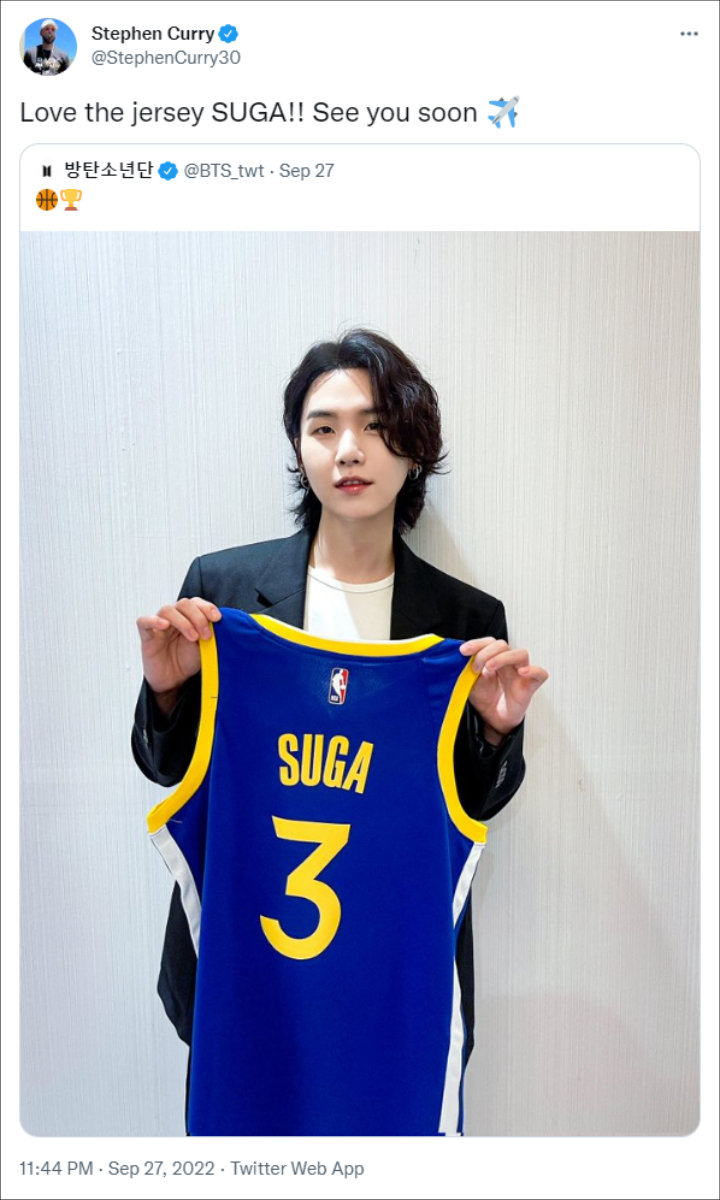 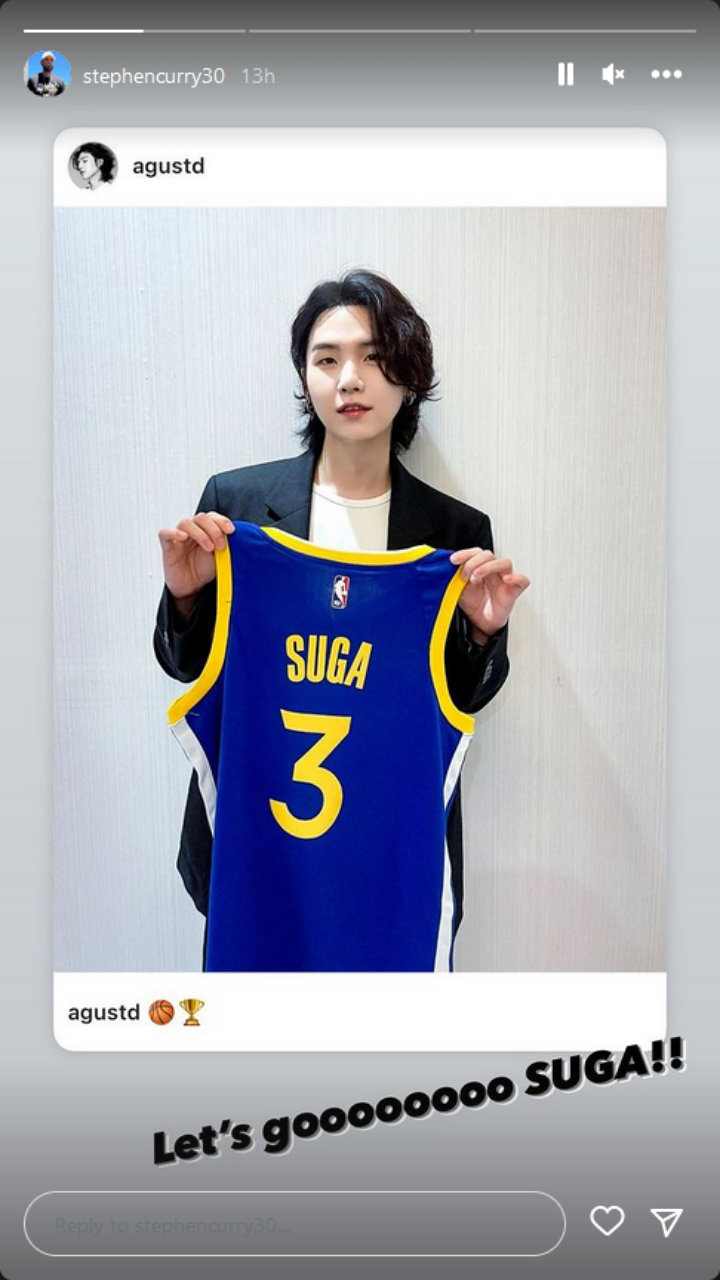 Fans were beyond excited for the interaction alone. “This day is a gift that keeps on giving,” one fan wrote. Another fan joked, “gotta learn how basketball works really quickly gimme a sec.”

The athlete’s posts appear to hint that the Grammy-nominated musician and reigning NBA Finals MVP would meet in person soon. The Warriors and Washington Wizards will play two 2022 preseason games in Japan’s Saitama Super Arena this weekend, marking the first visit to Japan for both teams. It seemed like Suga will attend the game as he trended on Twitter earlier today for his trip to the country.

The Warriors invited BamBam to Chase Center for a halftime musical performance to strengthen their partnership last season. The Thai singer previously shared on his Instagram account that he was “very honored to be named as the Golden State Warriors’ Global Ambassador.”