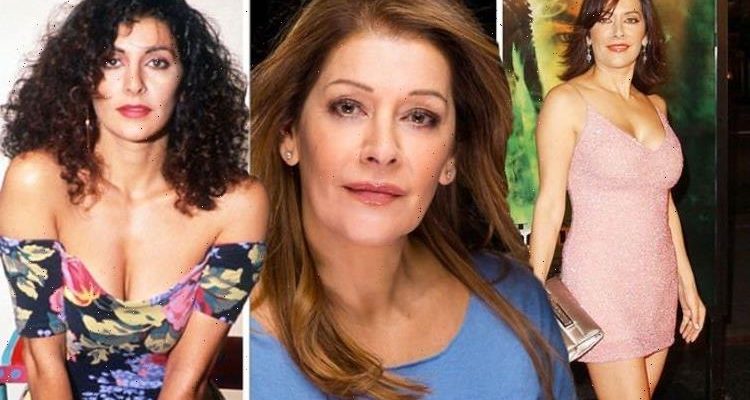 Marina Sirtis in Star Trek: The Next Generation season three

Marina Sirtis has barely changed after she graced our screens as the beloved Deanna Troi in Star Trek: The Next Generation (TNG) over three decades ago. The on-screen star has now dished on being able to maintain her very youthful appearance.

Marina, who recently turned 66, explained that she is often asked by fans about her ageless visage.

The Deanna Troi actress is remembered for her stylish attire, long tresses and curvaceous figure in the sci-fi series that exploded into a huge TV franchise.

The London-born star admitted she doesn’t live with regrets as she touched on her appearance.

Marina said: “I am a person that lives in the moment.

“People say to me, ‘Why do you look so young for your age?'”

Marina admitted one of her biggest tricks to staying young is not to stress or worry over things.

She continued: “There are two reasons. One, I didn’t have kids because they will age you faster than anything.

“If something bad happens I’m not going to worry about that,” Marina remarked. “People call it denial but it works for me. That’s all I can say.”

Her comments come as Marina addressed being met with an off-the-cuff remark at one particular event.

Addressing the incident, the film star explained that a fan had called her “ugly” following her appearance on the series NCIS.

Speaking about a Star Trek convention, Marina explained: “There have been many crazy moments. I have actually punched a fan before.

“I think I may be the only cast member ever in Star Trek to actually punch a fan.

“I was at a convention and I was signing autographs. Patrick [Stewart] was at the next table and of course, his line was around the building twice.”

She continued: “I was going for a loo break and I walked past this fella and he stopped me.

“He said, ‘Why did they make you look so ugly on NCIS?’ So I punched him in the arm. Then I yelled at him for about ten minutes.

Marina added: “Poor fella. I saw him shrink in front of my eyes.”

The Star Trek series, which spanned 178 episodes over seven seasons, aired in the 80s and ran into the 90s.