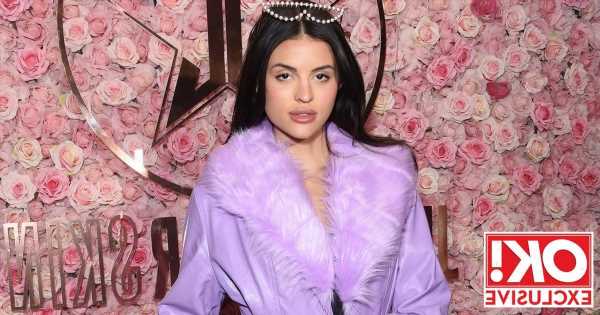 They were recently spotted enjoying dinner together in Los Angeles, and now a source has exclusively told OK! that Too Hot To Handle’s Holly Scarfone is “smitten” with Scott Disick.

Fans of the Netflix show previously branded Holly a “Kylie Jenner lookalike”, and our source also tells us that the 23 year old is a “huge fan” of the make-up mogul.

The source also told us of Scott and Holly’s meet up: “Holly is smitten over Scott they have been talking to each other on the phone but he doesn’t want to rush anything.

“Holly loves the fact he’s in with the Kardashians as she’s a huge Kylie Jenner fan.”

They continued that Scott, who shares three children with Kourtney Kardashian, is also feeling just as smitten as Holly, who starred on series three of the reality show.

“Scott couldn’t keep his eyes off her the whole night and have exchanged messages since the Malibu date night with friends,” they added.

Keeping Up With The Kardashians star Scott, 38, and Holly hit up Malibu restaurant Nobu for their dinner date.

The hotspot is a favourite with the Kardashian-Jenner clan, with the sisters regularly spotted at the lavish restaurant.

Before Holly, who is from Canada but lives in the US, dad-of-three Scott was most recently linked to Brooklyn Beckham’s former girlfriend Hana Cross.

He and the model, 24, were first spotted together in November last year when they also headed to Nobu for a spot of dinner.

This came following his split from Amelia Hamlin, 20, who is the daughter of Real Housewives of Beverly Hills star Lisa Rinna and Mad Men actor Harry Hamlin.

The pair broke up after a year of dating in September 2021, just days after Scott hit out at his ex Kourtney in leaked messages on Instagram.

After pictures emerged of Kourtney straddling her now-fiancé Travis Barker on a boat in Italy, Scott reportedly messaged Kourtney’s former boyfriend Younes Bendjima saying: “"Yo is this chick ok!???? Brooooo like what is this. In the middle of Italy.”

Younes, who appeared to post the private messages on Instagram, replied: "Doesn't matter to me as long as she's happy. PS: I ain't your bro."

Scott and Kourtney met in 2006 in Mexico at a party thrown by Girls Gone Wild’s Joe Francis.

They split for good in 2015 after a rocky romance and now co-parent their three children – Mason, 12, Penelope, nine, and Reign, seven.

Meanwhile, Holly starred in the third series of Too Hot To Handle and hit it off with Nathan Soan Mngomezulu, a 24-year-old from Cape Town in South Africa.

But despite finding an immediate connection with each other, things didn’t last between the pair.

For more on the Kardashian-Jenner family and your favourite celebrities, sign up to our daily OK! newsletter.