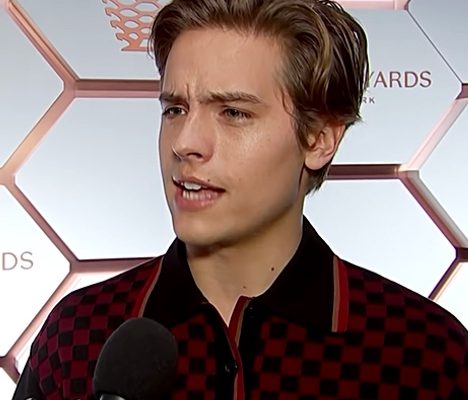 Although it has been rumored for at least six months, it was confirmed over the last few days that model Barbara Palvin has officially been named a Victoria’s Secret Angel. The honor was a long time coming, as Barbara has already walked VS show runways for years. And her boyfriend Dylan Sprouse couldn’t seem happier for her.

In an interview aired today by Access TV, Dylan talked about Barbara’s new gig. “I am very excited,” Dylan said. About his girlfriend getting the honor in spite of some previous criticism on social media that her slightly thicker body type was not right for the VS image, Dylan added, “She’s pretty elated … the reception’s been awesome.”

But Dylan did also share that Barbara has also felt some anxiety about the profile of the role. “She was nervous at first, I think, as is natural” he continued, “but she f**king deserved it. She has worked her ass off, and I think it’s been a long time coming.”

You can check out all of Dylan’s comments in the interview below. We also have the official Victoria’s Secret trailer on Barbara’s becoming a full-fledged Angel, for those who might have missed it.