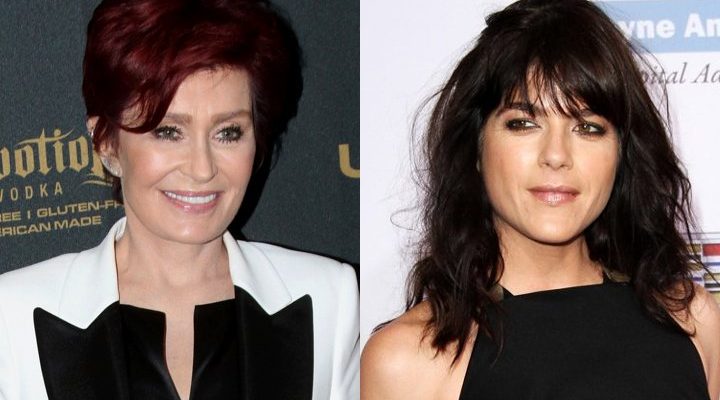 AceShowbiz –Sharon Osbourne has applauded Selma Blair for standing tall in the face of her battle with multiple sclerosis (MS) after giving her first TV interview since her diagnosis.

The “Cruel Intentions” actress went public with her medical crisis in a candid Instagram post back in October (2018), and on Sunday, February 24, she made her return to the red carpet at the Vanity Fair Oscars Party, where she wore a colourful Ralph & Russo gown, and accessorised with her monogrammed cane to help maintain her balance.

Shortly before stepping back into the Hollywood spotlight, Selma invited cameras from U.S. breakfast show “Good Morning America” into her Los Angeles home to discuss her health troubles, and the interview, in which she struggled with her speech, aired in part on Tuesday.

Fans were quick to heap praise on Selma for opening up about the central nervous system disease, which also causes extreme fatigue and a lack of coordination, and Sharon, whose son Jack Osbourne also has MS, was among those championing her efforts to raise awareness about the illness.

The rock matriarch went on to encourage Selma to keep fighting, because drawing attention to the condition will do wonders to help remove the stigma associated with MS and its sufferers.

“Just carry on doing what you’re doing because you are gonna change things for people,” Sharon said.

Ozzy Osbourne‘s wife went on to reflect on how much things have already changed since her 33-year-old son revealed he had been diagnosed with MS back in 2012.

“When my son was diagnosed, people were terrified because they say, ‘If you come out (about having MS), you won’t get work’,” she shared. “He did get fired off a job at that time (sic), but he didn’t care because he wanted the world to know that this affects young people, because everybody thinks it’s for old people; it’s not.”

Sharon also recalled a 2016 news article about the actress, now 46, once being removed from a plane for appearing to be intoxicated, and reminded viewers not to pass judgement before knowing all the facts: “Do you remember we did a story on her? She was travelling on a plane with her child and everybody was saying she was badly drunk and what a bad mother, and you know what? It goes for us all: things aren’t what they seem…”.

At the time, Selma had already been struggling with symptoms of MS, but had yet to be diagnosed, and admitted she had had a bad reaction to mixing a prescription pill with a glass of wine. She subsequently blamed the incident on a “total psychotic blackout”.