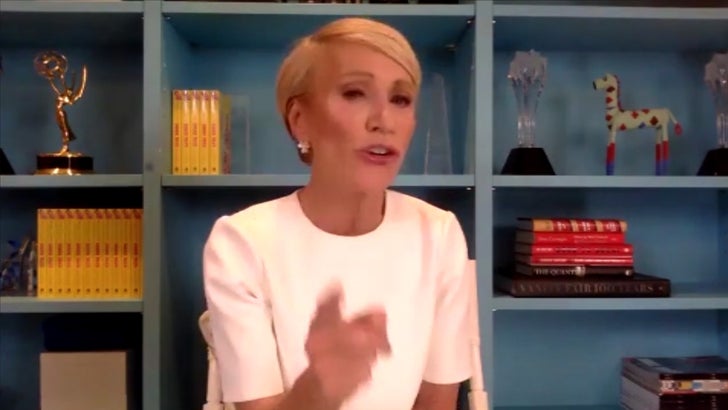 “He’s gonna be a target. He’s got a target on his back. Wait and see.”

But, if you know anything about Barbara, you know she’s a gangster when it comes to finance … and she’s dishing out some sage advice for the QB so he can STAY RICH for the rest of his life.

So, what should the KC Chiefs QB do with the $500 mil he’s expected to make over the next 12 years?

Corcoran explains, “The first thing he should do is put it in the bank. Not do a thing! I know because when I sold my business, every creep came out of the woodwork with a $10,000 problem. Everybody is after your money and you can’t trust anybody.”

Barbara says it took her at least a year to realize how to turn people down effectively — and the key is to hire a “bad guy” to tell people “no.”

“The most important thing is before he buys that big house and a big jet … he’s gotta figure out how much money he needs to live on.”

“He’s a kid but he’s gonna live a lot of years! So for every $25 million he puts away, he’s going to get a $1 million income for the rest of his life”

Corcoran says Patrick should spend some time with her “Shark Tank” pal Alex Rodriguez — who has become a major real estate investor.

There’s more … Corcoran also has a business strategy for Patrick — and it’s pretty damn smart! Watch the video and if you have the money, you might wanna take her advice!!

“Let me tell you something, the more money you make, the more creeps you attract. The more people dressed in fancy suits, and not some fancy suit, friends or family — all come out and are after your money.”

Congrats to Patrick — but listen to B.C. and be careful out there!