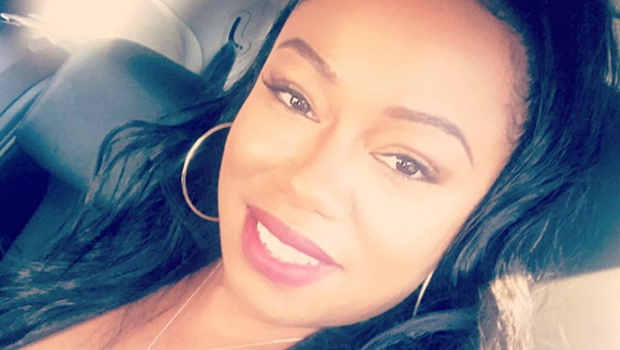 The long-time feud between 50 Cent and his ex, Shaniqua Tompkins is far from over. Here’s what you should know about his ex-flame!

50 Cent, 43, just can’t stay away from the drama. It’s no secret that he’s on bad terms with his ex, and mother of his child, Shaniqua Tompkins, and he slammed her once again on the internet this week. When she posted an Instagram about men with money, the rapper weighed in with a brutal response. 👀Alexa play bitter old bitch by lil baby ☕🐸LOL,” he wrote. His ex of course clapped back immediately! “I find it humorous that a not so gangster rapper will go so hard and be so dilligent at going at his child and his child’s mother, but won’t keep that same energy for the n****s who put that hot lead up in his ass.. Alexa play ‘Many Men’ by 50 Cent.” As 50 cent continues to come for his ex-flame on the internet, everyone is wondering what her story is. Here’s 5 things to know!

50’s son, Marquise Jackson, is shared with Shaniqua. The rapper and his son are not on good terms however, and do not speak. They welcomed Marquis together in 1997.

2.She endured a nasty custody battle with 50 following the end of their relationship.

The Power producer and Tompkins dated for several years in the ’90s and had a tough time coming to a mutual agreement surrounding the custody of their son, according to People. They didn’t reach an official arrangement until October 2008.

3. She’s in talks for a reality show.

50’s ex is allegedly collaborating with Nas’s ex-girlfriend Carmen Bryan on a reality show. “It will be filmed in New York and Los Angeles… It’s a show based on urban women in business empowering one another,” Carmen said and People reported. However, 50 was not very happy about the news. He told Tompkins to “Get a f—ing job” in his Instagram story.

5. She’s VERY defensive of her kids.

Shaniqua won’t let 50’s harsh words (or anyone’s) affect Marquise. In an Instagram photo of him from earlier this year, she shared the sweetest message. “My son is my baby, today, tomorrow, and always. You hurt him, I will hurt you. I don’t care if he’s 1 day or 50 years old, I will defend and protect him all of my life!” she said.