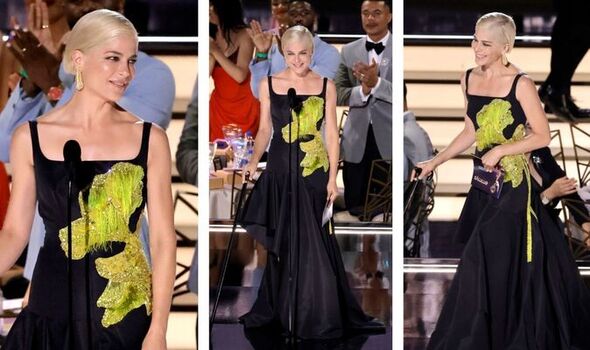 Selma Blair received a standing ovation at the Emmy Awards 2022

Selma Blair was overcome with emotion as she received praise from the crowd after vowing to make the most of life while battling MS.

Selma Blair could scarcely hold back her intense emotions after the crowd gave her a standing ovation yesterday.

The Cruel Intentions star, 50, wore a show-stopping black Alexander McQueen gown with bright yellow embellishments as she took to the stage.

Presenting the final award of the night for Outstanding Drama Series, Selma revealed that she felt “honoured” by the love and recognition from the fans.

The brave Legally Blonde actress went public about her battle with MS four years earlier, admitting that she’d struggled with the use of her left leg as the degenerative brain and spinal cord disorder took over her body.

However, she previously revealed she will be appearing on this year’s Dancing With The Stars, which debuts next week on Disney+. 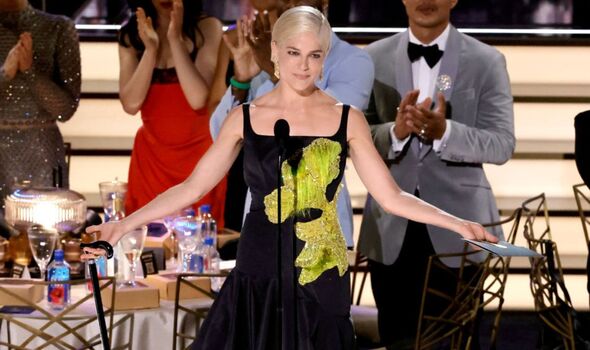 At first sight, some fans thought the yellow print on Selma Blair’s long gown was a butterfly, but it turned out to simply be a flamboyant embellishment. 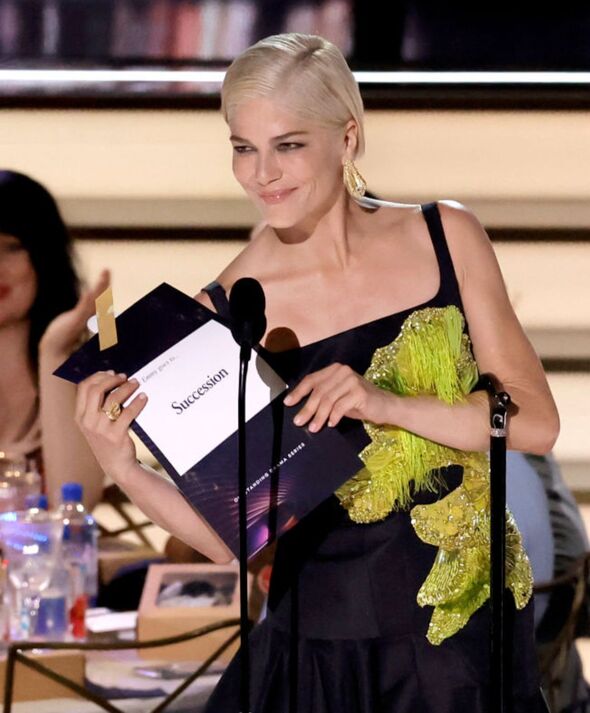 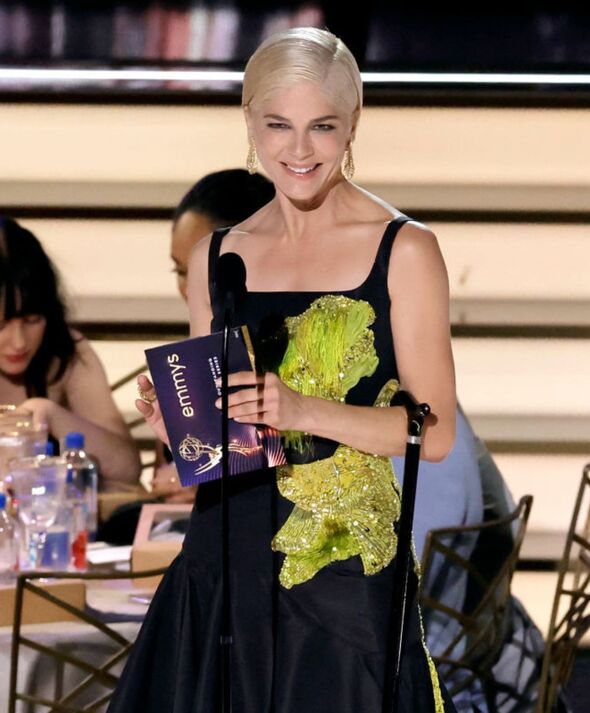 Despite needing the use of a cane to support herself as she graced the stage, Emmy Awards presenter Selma Blair was all smiles as she soaked up the star-studded atmosphere of the event. 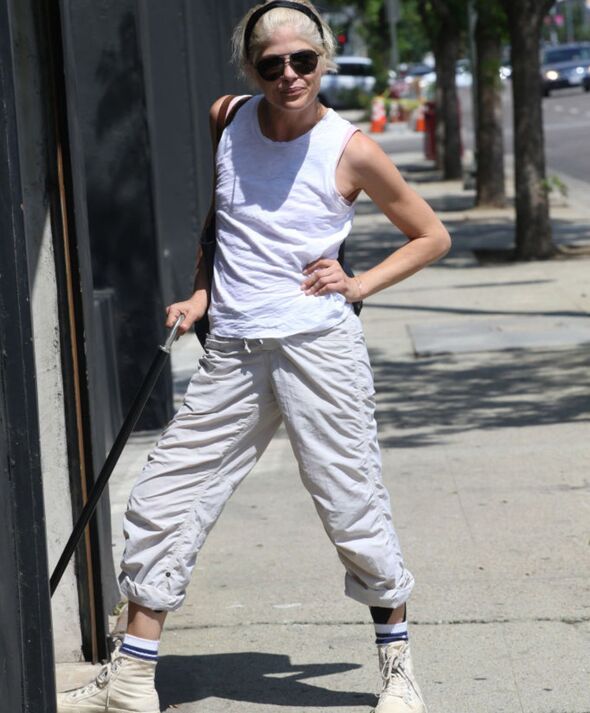 The day before her Emmys appearance, Selma Blair was determined to brave a public walk in the Californian capital, equipped with a service dog and a cane for assistance. 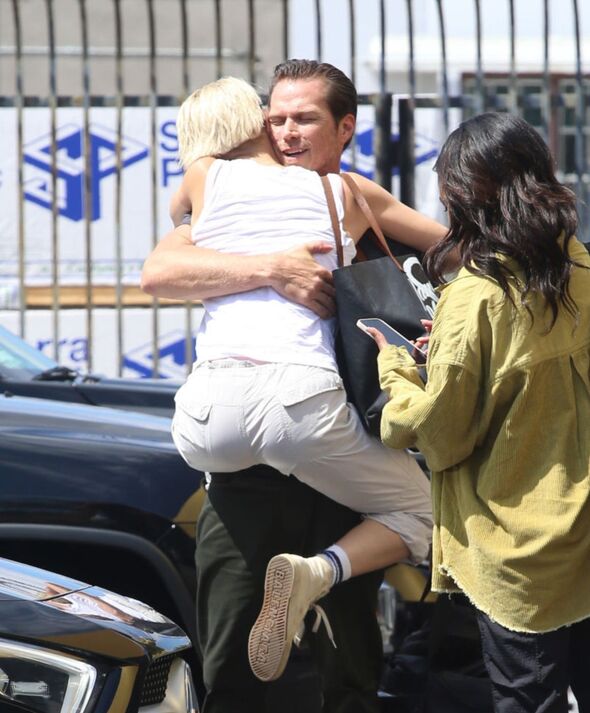 Selma Blair, who is partnered with pro-dancer Sasha Farber on Dancing With The Stars, leapt into the arms of their co-star, Jason Lewis of Sex and the City during a walk together at the weekend. 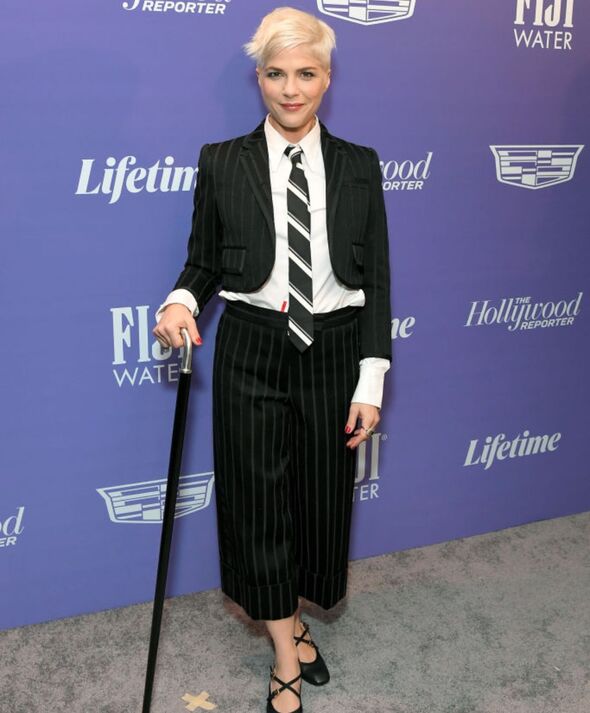 Selma Blair transforms her walking cane into a chic accessory

Last Christmas, Selma was seen in a pinstripe trouser suit, which she paired with a cane at The Hollywood Reporter’s annual Women in Entertainment Breakfast event.