Selena Gomez has stepped in after her fans sent ‘vile’ messages following Hailey Bieber’s recent interview about her relationship with Justin Bieber.

The Only Murders In The Building star warned her fans against using cruel words as some of the fandom exploded in anger after model Hailey spoke about Selena’s former relationship with Justin Bieber this week.

Selena and Justin dated on and off for eight years, beginning from when they were young teenagers, with fans lovingly dubbing them ‘Jelena.’

However things came to an end once and for all in 2018, with the Baby singer announcing his engagement to Hailey shortly afterwards.

Hailey and Justin, who had also previously dated two years earlier, were married in a secret ceremony the same year of their engagement before hosting a ceremony for family and friends in 2019.

Model Hailey has been the centre of anger from Selena fans in the past, with some accusing her of having ‘stolen’ Justin from her due to the timeline of their relationship, and in an interview this week insisted she had ‘never’ been with him while he was in a relationship with someone else.

Now, as trolls kicked off again following the interview, Selena has pleaded with them to stop sending ‘vile’ message of abuse. 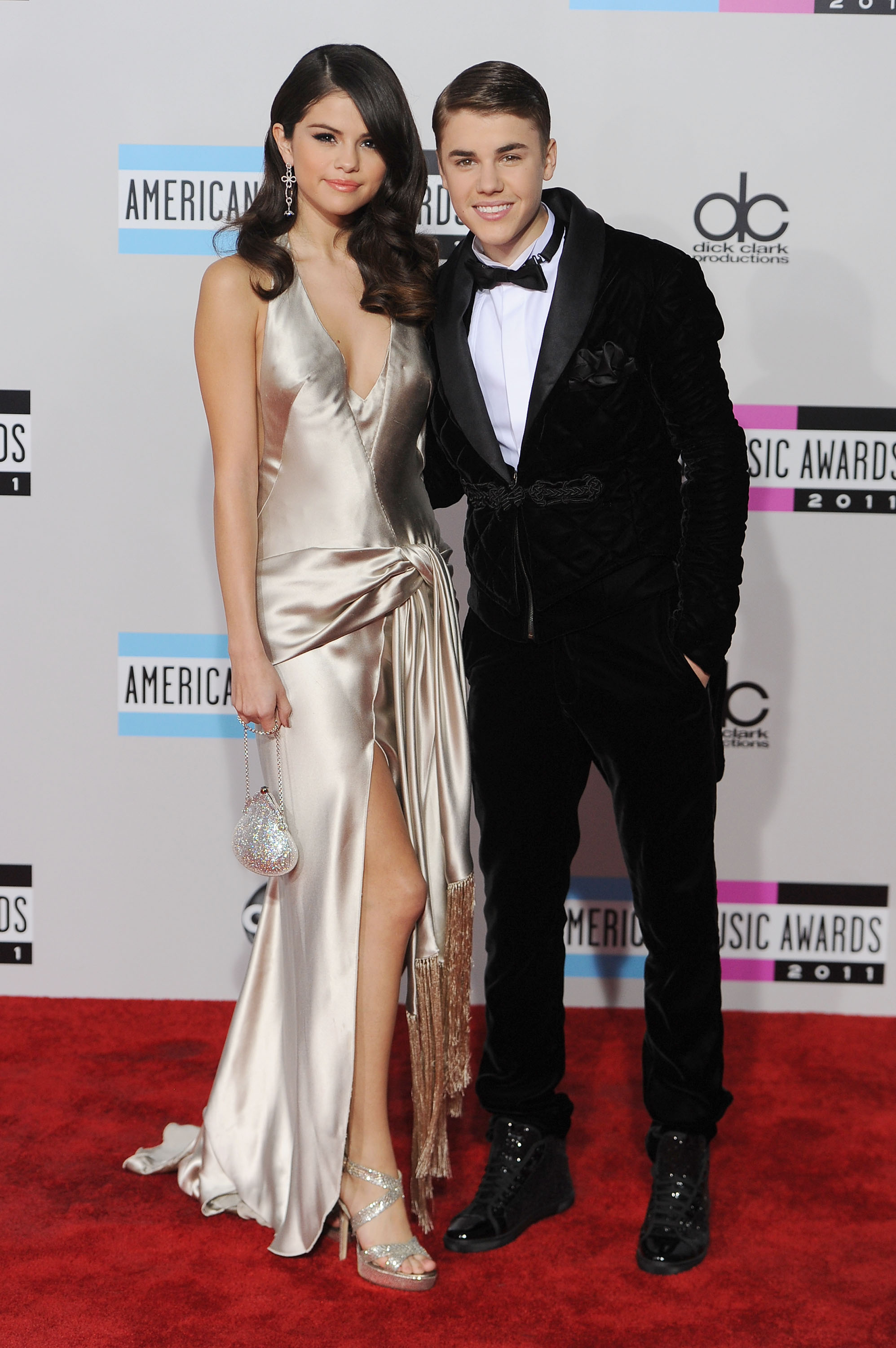 While she did not name Hailey or address the interview explicitly, she told fans in a TikTok live that she had seen some horrible messages.

‘Some of the things that I don’t even need to be aware of are just vile and disgusting,’ she said.

‘It’s not fair because no one ever should be spoken to in the manner that I’ve seen.’

Selena, whose Rare makeup line includes lipstick and lip liners called Kind Words, went on: ‘All I have to say is it’s incredibly ironic that I would release something that is all about kind words ’cause that’s exactly what I want. That’s it.

‘If you support Rare, I cannot thank you enough, but know that you are also representing what it means and that is words matter. Truly matter.

The singer, who herself was subject to abuse from Justin fans when the pair dated, finished: ‘I’m really grateful to all of you for hearing me out, so have a wonderful rest of your day, and I appreciate all the love. Thank you.’

In a new interview on the Call Her Daddy podcast, Hailey addressed cheating rumours for the first time, insisting that she would ‘never’ date someone who was still in a relationship.

‘It’s not in my character to mess with someone’s relationship, I would just never do that. I was raised better than that. I was not interested in doing that and I never was,’ she insisted.

‘I think there are situations where you can still have back-and-forth with someone, but even that was not the situation. I can say, period, point blank, I was never with him when he was in a relationship with anybody. That’s the end of it. I had been involved with him since I was 18.’

Hailey also admitted that talking about the situation makes her ‘so uncomfortable’ as she has had to deal with hate and abuse in the past.

‘A lot of the hate and perpetuation comes from like, “Oh you stole him.” Maybe that comes from the fact that they wish he ended up with someone else and that’s fine. You can wish that all you want, but that’s just not the case.