Selena Gomez is thinking back on her childhood in the spotlight. In an interview with Variety, Gomez, who’s joined by her Only Murders in the Building co-stars Steve Martin and Martin Short, shares how criticism as a child star propelled her into projects she loves.

“I was exposed to people criticizing me as a child, and it was honestly unfair,” the 29-year-old actress, who rose to fame on Disney Channel’s Wizards of Waverly Place, says.

“The older I got,” Gomez continues, “the more I realized that if I do something I really love, people watching will hopefully enjoy it.”

Gomez’s Disney Channel past came into the forefront earlier this month, when she said during the TCA Summer 2021 Tour, “I signed my life away to Disney at a very young age and I didn’t know what I was doing… I was just running around on set.”

She later clarified while speaking to Radio Times that she’s “beyond proud” of her work with Disney.

“It kind of shaped who I am in a way,” she said of Wizards of Waverly Place. 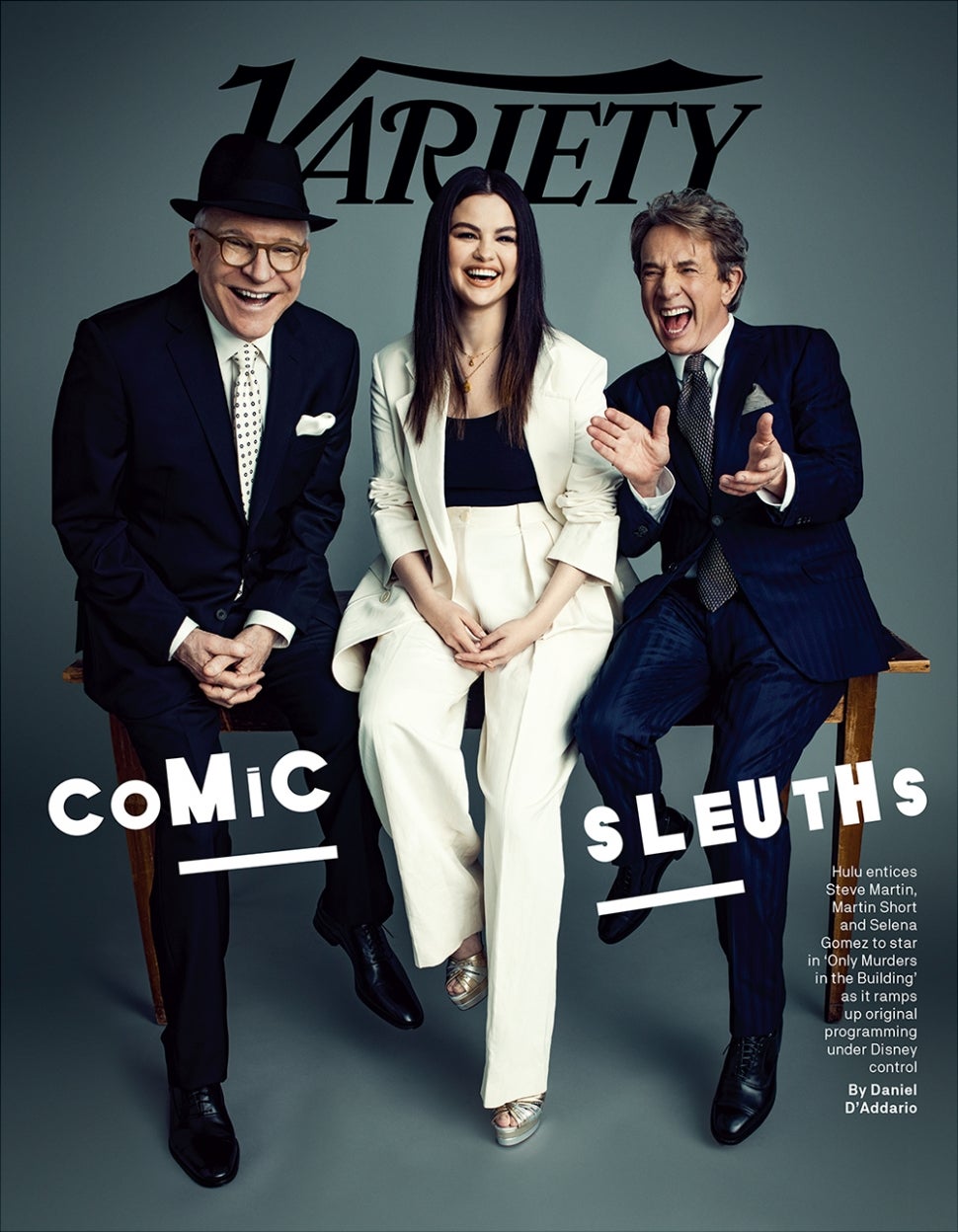 Only Murders in the Building is likewise a project of which Gomez is immensely proud, thanks in large part to the influence of her co-stars. In fact, she tells Variety, that, during the filming of the Hulu series, she made sure to be a “sponge” around Martin and Short, soaking up any and all their wisdom.

“I’ll just ask them random questions,” she says. “It means so much to me, and allows me to want to be as good as them.”

Though the series has yet to premiere, Gomez believes that her passion for the project and connection with Martin and Short have allowed them to make something special.

“I’ve played the show for people from my little sister to my grandparents, and they laugh when they need to laugh. They’re upset and confused when they need to be,” she says. “It’s something that leaves you feeling intrigued, but not heavy and down and sad or stressed.”

The first two episodes of Only Murders in the Building will premiere Aug. 31 on Hulu.

Gomez also shared with ET how she was able to influence Martin, 76, and Short, 71. Check out our exclusive interview below.