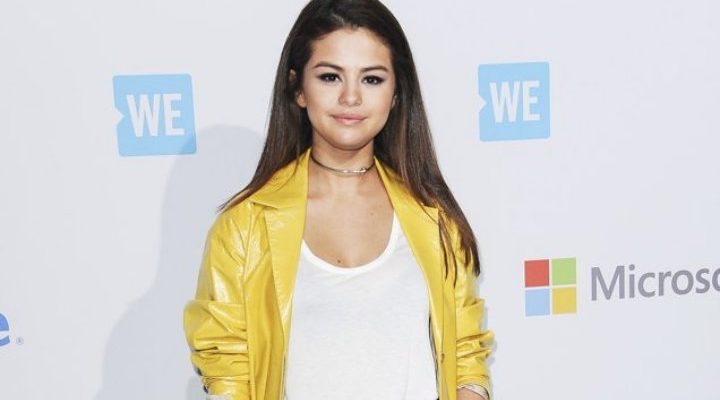 AceShowbiz –Selena Gomez relied on therapy to pull her through a tough time last year (2018).

The “Come & Get It” hitmaker took a step back from the spotlight in October, amid reports suggesting she had suffered a mental breakdown and was seeking professional help for anxiety and depression.

Selena returned to the public eye on April 12, when she joined DJ Snake, Cardi B, and Ozuna for a surprise performance at California’s Coachella festival, and on Wednesday, April 24, she helped officials at top fashion house Coach launch the new “Dream It Real” podcast by opening up about her personal and professional lives.

During the chat, the former child star addressed her most recent decision to seek treatment.

“Last year, I took a lot of time off,” the Coach ambassador, 26, said. “I think that I needed a moment to myself because I do feel like I was growing and changing.”

“I am a believer of therapy,” Selena continued, before sharing the advice she would give to her younger self, given the chance.

“I think that I have had opportunities (in therapy) where I kind of reflect on the younger me, and I think that a lot of the times I wished that I could hug my younger self. I wish I could have done and experienced a lot of things, maybe, a little differently.”

The singer/actress recognises she has had “great moments” and “bad moments,” and the one thing she has learned is to fully accept herself, flaws and all.

In an encouraging message to fans battling similar internal struggles, she declared, “You’re enough. You’re absolutely enough. And if you deal with things that are really difficult – like family issues or anxiety, depression or substance issues – I just think that you’re never too far gone. I really believe that. I think every person is valuable and important.”

Selena has been more open about her personal battles in recent years after revealing in 2015 that she had been diagnosed with autoimmune disease lupus. She also underwent kidney transplant surgery in 2017, and checked herself into a wellness center in early 2018 as she continued to recover from the health crisis.