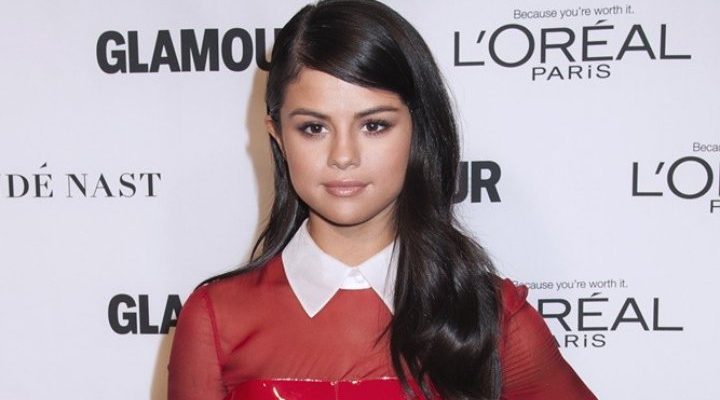 AceShowbiz –Selena Gomez is looking much way better following her medical care at a mental health center. The former Disney darling recently was spotted hanging out with a slew of female pals in Los Angeles.

On Saturday, December 22, the 26-year-old pop star was photographed being all smiles as she headed for lunch with her friends. The “Back to You” hitmaker looked pretty in a laid-back fashion that consisted of a white tee underneath her cream knit cardigan. She paired the look with high-waisted gray jeans and white sneakers. Meanwhile, she let her raven hair down.

In some photos that circulated online, she was seen happily chatting with her pals. Smiles didn’t seem to escape from her face.

Following her rehab, the singer/actress gained some weights but it was said that she couldn’t care less about it. “Selena doesn’t care that she’s gained a bit of weight,” a source said of the “The Hearts Wants What It Wants” songstress. “She’s realized that her health is more important than being skinny!”

Selena reportedly checked out of rehab in November. A source gave an update on her condition to PEOPLE, “She’s feeling much better and looking forward to getting back to normalcy. She’s spending time with friends and family.”

Another source added to E! News, “Selena is out of her treatment program in NYC and is doing much better. (She is) refreshed and is in a better head space. (She) will still be checking in with professionals as her health battle is ongoing.” The source added, “(For now she) wants to lay low for a while and isn’t ready to go full force into working yet.”