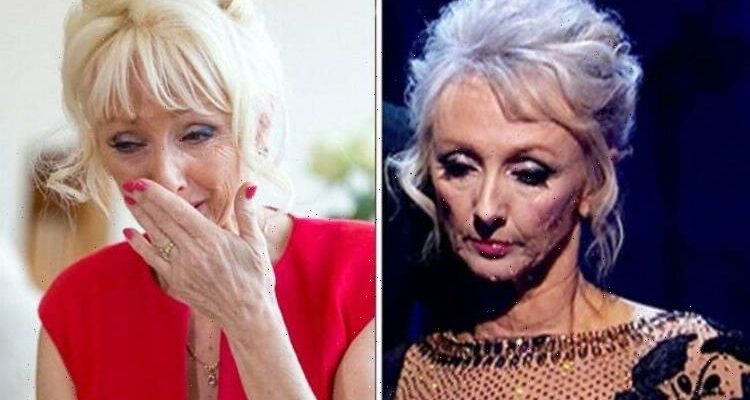 GMB: Debbie McGee does the splits

Debbie McGee, 63, has shared fresh heartache following the loss of her late husband, magician Paul Daniels, and was given a lot of support from fans. The star took to her Twitter to share the heartfelt content.

Debbie shared a photo of herself and her husband from their wedding day.

The Strictly Come Dancing star revealed she was reminiscing about their love story on the anniversary of his death.

The photo was then shared with Debbie’s 43,600 followers.

She wrote: “It seems like yesterday I lost this wonderful man.

James Moran wrote: “Still very much missed by everyone.

“Even though we didn’t know him personally his love for life and magic was irresistible.

@Debbiemfanclub said: “Thinking of you Debbie, Paul was such a wonderful man.

“He’s missed so much by us all! His legacy will forever live on, Sending you all my love!”

@Henry_the_hippo penned: “Debbie, while Paul is in your memories he is not lost.”

@PhilCreighton said: “Oh Debbie, I’m sorry. He was such a special man.

Debbie told SWNS at the start of this month about her last days with the magician.

She said that the illness “stripped Paul of everything” after he was told he had pernicious anemia in 2016.

The magician took a course of antibiotics at the time and it was assumed that he would recover soon.

Debbie did, however, become concerned at the time due to Paul’s increasingly lethargic behaviour, which included getting up late and watching too much TV.

After seeing a neurosurgeon, the couple were told that he had a grade 4 brain tumour, which Debbie explained was “aggressive”.

Debbie explained what the two did in his final days.

“We watched movies together and ate ice cream,” Debbie said.

“Paul was never able to talk about his diagnosis but he was a clever man and of course he knew he was dying.

“He sat quietly with tears rolling down his face as we watched the wedding scene in The Second Best Exotic Marigold Hotel,” she heartbreakingly added.