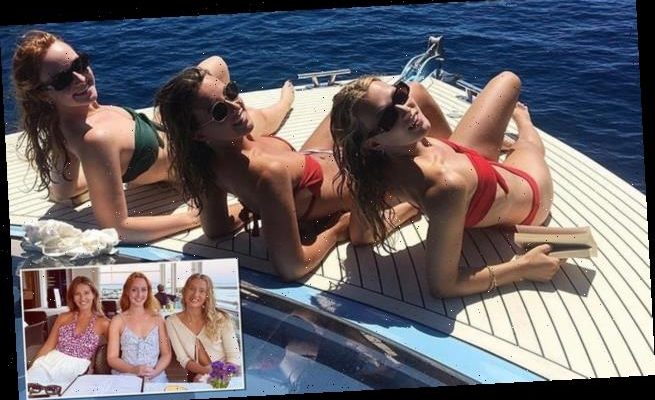 SEBASTIAN SHAKESPEARE: Three’s company for Mountbatten sisters Ella, Alix and Luli – who opt for a sojourn in Croatia instead of a staycation

While the Queen left Windsor Castle this week to start a low-key summer holiday at Balmoral with Prince Philip, members of her extended family are travelling farther afield.

The daughters of HM’s third cousin once removed, Lord Ivar Mountbatten, have opted for a sojourn in Croatia instead of a staycation — and they’re not afraid of sparking friends’ envy as they pose for bikini-clad pictures online.

Ella, 24, whose godfather is Prince Edward, posted a picture of herself with her sisters Alix, 22, and Luli, 18, sunbathing on the deck of a boat, and one of them at a restaurant. 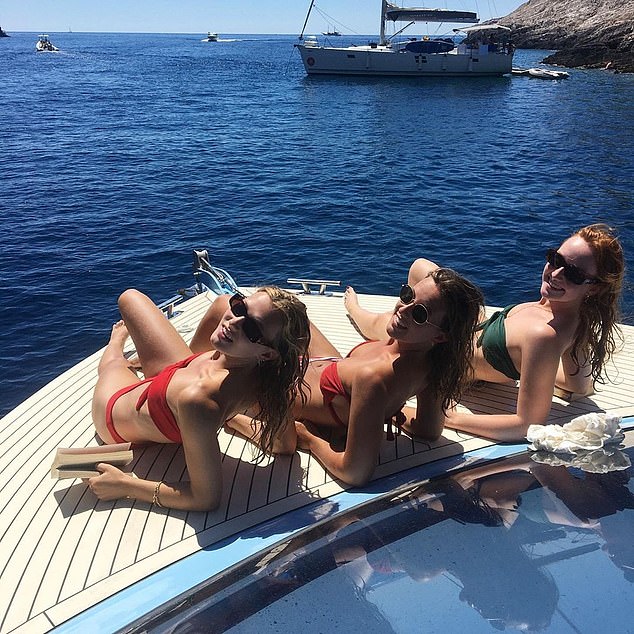 Sunseekers (from left): Alix, Ella and Luli catch some rays 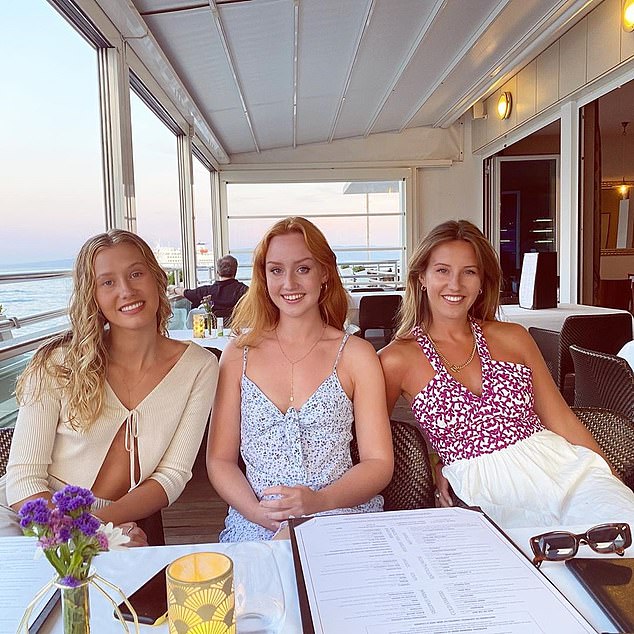 ‘You’d think after four months we’d be bored of each other,’ Ella joked, referring to lockdown, which they spent at their family home in Devon with their father, their mother Penny, and their father’s husband, James Coyle.

The last of the Aspreys leaves London after 240 years…

They are the family to whom generations of the Royal Family — as well as princelings from overseas — have turned whenever augmenting their jewellery collections.

But now, I can disclose, the unthinkable has happened: the Aspreys have vanished from London’s West End.

William Asprey, the seventh generation of the family to rule the roost, has taken the distressing decision to place his company into administration, even though it boasts a Royal Warrant from the Queen and, just four years ago, recorded an annual profit of £26 million.

That stupendous result appeared to vindicate Asprey’s boldness in striking out on his own in 1999, when he established William & Son just four years after his father, John Asprey, sold the eponymous family business (founded by a forebear in 1781) to Prince Jefri of Brunei for £243.5 million.

Within a decade, Asprey, 54, and his team of craftsmen created what the company described as ‘the finest jewellery and timepieces’, as well as a treasury of silver and glassware, while its gunsmiths made coveted trophy shotguns.

But since 2017 William & Son’s fortunes have turned south and racked up total losses of £21 million.

The company’s collapse dismays Naim Attallah, a longstanding friend and former chief executive of Asprey in its days under family ownership.

‘It makes you want to cry,’ Attallah tells me. ‘The people who work for William were working for me. Everybody’s feeling desperate. The economy is shrinking, so people with high overheads are now taking decisions they never thought they would have to take. It’s very depressing.’ The administrators, RSM Restructuring Advisory, declined to comment, while William Asprey could not be reached.

Perhaps he is already plotting a comeback. Nothing better reflected his ambition than his decision to call the firm William & Son — even though his son, Tom, was just a toddler — as he envisaged the company being passed down the generations for ‘another 200 years I hope’.

Newsreader Kate Silverton is ensuring her sixth decade gets off to a sparkling start.

The African jewellery brand is favoured by the Duchess of Cambridge and made the bangle that Mike gave Kate on their wedding day ten years ago.

‘This world revolves around sex,’ says the actress. ‘But Harlots is not titillating. There was no question of going: ‘I know how we’ll get people to watch it. Let’s sex it up.’ ‘

Viewers accosted by heaving bodices in trailers for the series, marketed as ‘the BBC’s bawdiest drama ever’, may beg to differ.

Mother of all hugs for Nicole

There was no need for performing when Oscar-winner Nicole Kidman was reunited with her mother after eight months.

The Hours star, 53, shared a picture of the poignant moment she was able to hug Janelle Kidman, whom she had been unable to visit for so long due to the health pandemic.

This week, Nicole flew over to be with her former nursing instructor mother, who lives in Australia. ‘Feels so good to be able to hug my mum,’ she said. ‘I missed her 80th birthday but I’m here now.’ 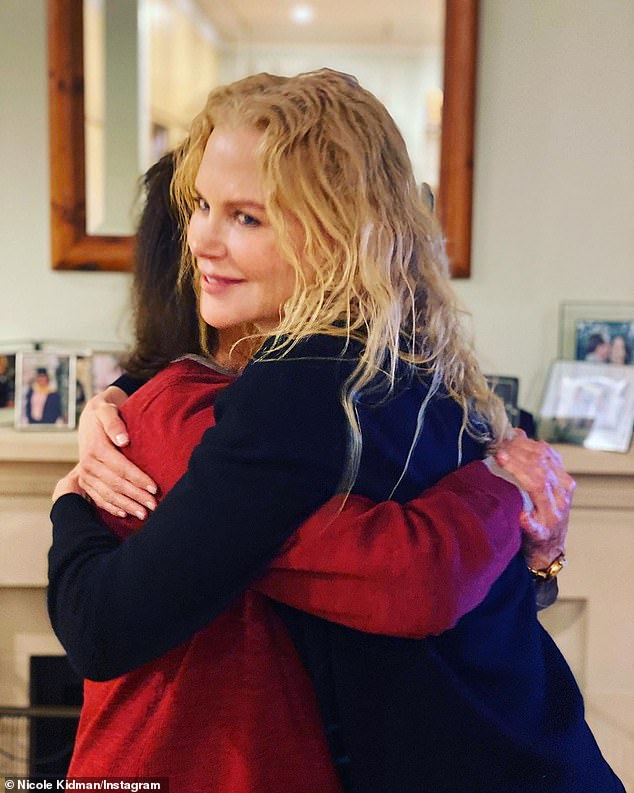 Former Spandau Ballet heartthrob and silver fox Martin Kemp still attracts female attention, but not quite in the way he used to.

Kemp, happily married to wife Shirlie, says: ‘I’m 58 years old now. For a long time, the kids used to say it to me, then they used to come up and say: ‘My mum fancies you.’ Now they say: ‘My nan really fancies you.’ ‘