Sean Penn and his daughter, Dylan Penn, are hitting the carpet to promote their upcoming film, Flag Day. The pair had a sweet moment as they posed for photos at the movie’s screening at The Directors Guild of America in Los Angeles Wednesday night.

Sean both directed and stars in Flag Day, and his real-life kids appear in the film as his character’s children. Sean plays John Vogel, a father who lives a double life as a counterfeiter, bank robber and conman in order to provide for his daughter, who’s trying to uncover the truth about her dad’s life.

Dylan kept it glam in a silver, sequined dress and matching silver strappy sandals, while her dad went a little more casual in jeans, a black t-shirt and a bomber jacket. Sean shares Dylan and son Hopper with his ex-wife, Robin Wright. 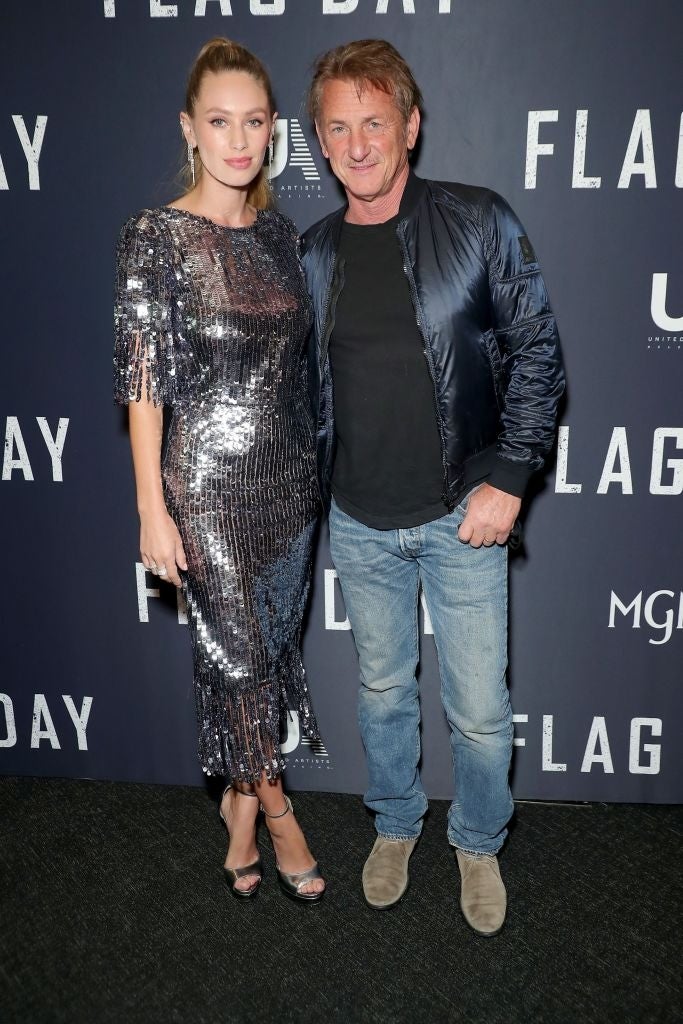 Earlier this month, the movie debuted at the Cannes Film Festival, where Sean attended the premiere with his children and co-stars.

Flag Day is based off the story of John Vogel as told by his daughter Jennifer. In real life, Jennifer penned the memoir, Flim-Flam Man: The True Story of My Father’s Counterfeit Life, which is the basis for the film.