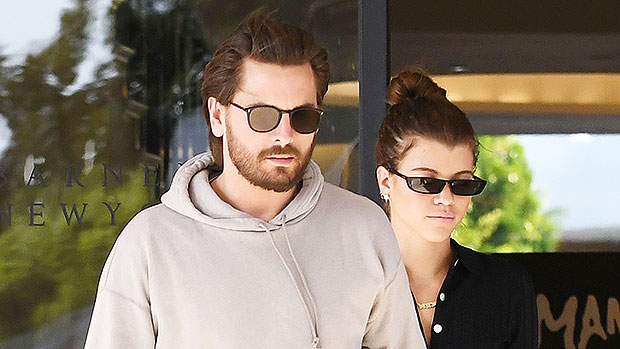 A couple that travels together, stays together, right? Scott Disick and Sofia Richie jetted off to Saudi Arabia for an awesome trip, and we’ve got their desert pics here!

Scott Disick, 35, and Sofia Richie, 20, are having fun in the sun — and the sand! — on their Saudi Arabia vacation. The model shared a trio of pics on Dec. 14, featuring her and her S.O. in the dessert. While one was a solo shot of Sofia riding an off-roading vehicle in a puffy orange jacket and black tights, the other two were with Scott. She captioned the first, “My kind of off roading,” as the two stood with a car, surrounded by sand. There were no wheels in the other image, though, which was a “Proper” group shot with five other people. Sofia looked like she was channeling Lord Disick’s signature look with a long, fur-lined coat that dusted the sand.

On top of sharing those three pics, Sofia filled her Instagram story with tons of vacation video. Whether she was recording camels walking outside of a car window, claiming Scott was “in his element” in a furry coat of his own or providing up-close off-roading footage, it was clear in every update that she and Scott were having an amazing time. The father of three, though, has been pretty quiet on social media. While he did post a photo to his story of Sofia lying in the sand and reaching deep beneath a car for his “chapstick,” the vacation pictures ended there.

He shared a sweet shot of his sons, though, since Mason, 9, and Reign, 4, are both celebrating their birthdays today. In the throwback pic of the boys cuddled up on a boat, Scott wrote, “Happy birthday my loves!”