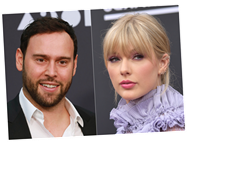 Scooter Braun has sold the master rights to Taylor Swift’s first six albums just 17 months after purchasing it when Braun’s Ithaca Holdings LLC bought Big Machine Label Group (BMLG) – the entity which owned the music assets – and engaged in a monumental feud with Swift over the acquisition.

In June 2019, Ithaca purchased the Nashville-based independent record company, founded by Scott Borchetta in 2005, for a cool $300 million and included in the meteoric deal were all of its business holdings, including recorded music assets, its client roster, distribution deals, publishing and owned artist masters.

Swift’s original recordings remained a part of that deal as the “Blank Space” songstress had signed with BMLG when she was a new up-and-coming act – her contract with the label expired in the fall of 2018 and as a free-agent, Swift, 30, ultimately signed with Universal Music Group for future recordings.

Now, with recent news that Swift is free to re-record any of her music from her first five albums released under the BMLG imprint, Braun has unloaded her catalog of master recordings to an investment fund in a deal that is believed to be in excess of the $300 million he paid for the company and its creative assets, according to Variety.

TAYLOR SWIFT'S FEUD WITH SCOOTER BRAUN: WHAT TO KNOW ABOUT THE SALE OF BIG MACHINE RECORDS 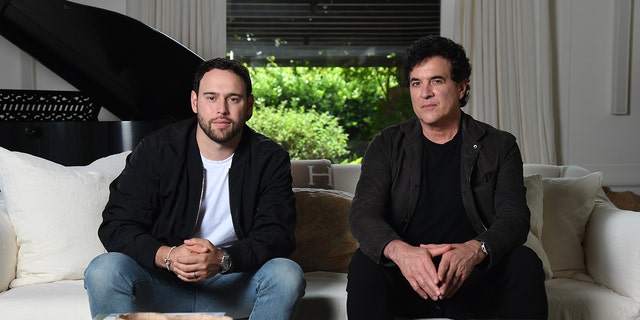 The publication maintained on Monday that Braun closed the deal in the last two weeks.

Despite the outlet reporting that the purchasing party is yet to be named, Swift outted the entity as Shamrock Holdings in a clap back to Braun on Monday when she responded to news he had sold her catalog.

Swift claimed in a Twitter post on Monday that she and her team had "attempted to enter into negotiations" with Braun, however, his team allegedly wanted Swift to "sign an ironclad NDA stating I would never say another word about Scooter Braun unless it was positive."

With the surge in the streaming era, master recordings and publishing for music artists have become catalysts for lucrative future earnings as music use continues to be a driving force in television, broadcasting, gaming, sampling, commercial use and beyond.

Creatives in a multitude of industries are also identifying and realizing the immense potential their intellectual property can provide and the packaging of such assets is quickly on the rise.

After the sale of BMLG in June 2019, Swift scolded Braun, who manages the likes of Ariana Grande, Justin Bieber and Tori Kelly, for purchasing her catalog in a blistering blog post and claimed Braun and Borchetta never gave her an opportunity to buy her life’s work.

She also accused Braun of “manipulative bullying” and later described Braun as “the definition of toxic male privilege in our industry.”

Braun, who previously claimed that Swift's public assault on him led to death threats against his family, has stayed relatively quiet on the matter but said in Nov. 2019 that “people need to communicate” and he wanted to have a sit-down with Swift.

“I haven’t talked about this in six months. Not once. I haven’t made a statement about it,” Braun said in a Q&A at the 2019 Entertainment Industry Conference at the time, per Variety. “When there’s a lot of things being said and a lot of different opinions, yet the principals haven’t had a chance to speak to each other, there’s a lot of confusion."

"I’m not going to go into details here, because it’s just not my style,” he continued.

Added the music executive: "I just think we live in a time of toxic division, and of people thinking that social media is the appropriate place to air out on each other and not have conversations. And I don’t like politicians doing it. I don’t like anybody doing it, and if that means that I’ve got to be the bad guy longer, I’ll be the bad guy longer, but I’m not going to participate.”

Representatives for Braun and Swift did not respond to Fox News’ requests for comment.