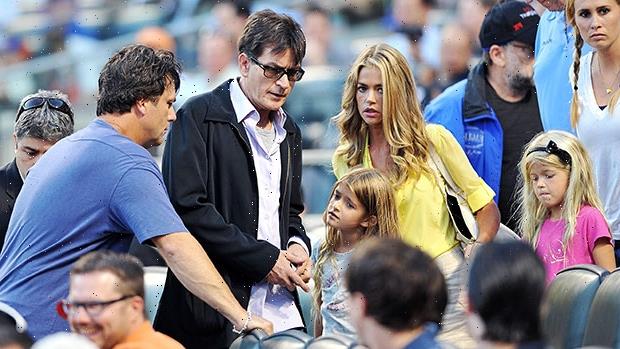 Sami Sheen has shared a new mirror selfie rocking a grey hoodie and dark eyeliner, after a judge ruled that her dad no longer has to pay her mom Denise Richards child support.

Sami Sheen has stunned in her latest IG post, which showed her rocking red lipstick and a casual grey hoodie. The 17-year-old took to Instagram on October 9, sharing a snap of herself in a white beanie, silver drop earrings and an oversized grey sweater with the hood up. She also rocked a dark red lip and dramatic black eyeliner, which matched her long black nails. Sami captioned the post simply with a knife emoji.

It came just a few days after her dad Charlie Sheen, 56, celebrated a win in court when a judge decided he no longer had to pay child support to his ex-wife Denise Richards, 50. The couple share both Sami and younger sister Lola, 16, however the decision was handed down after the former decided to move in with Charlie. A judge granted the request per a minute order after Denise reportedly didn’t file any opposing paperwork.

“The Court sets the Respondent’s child support obligation and arrearages to the Petitioner for the minor children Sam Sheen and Lola Sheen to $0 (zero dollars) per month commencing from August 1, 2018,” the docs, which were obtained by HollywoodLife, read. While leaving the Los Angeles courthouse, he called the outcome of the day a “fair” one. “I think what transpired today is extremely fair,” he told Us Weekly. “It speaks to not just today, but it speaks historically to that same fairness.” 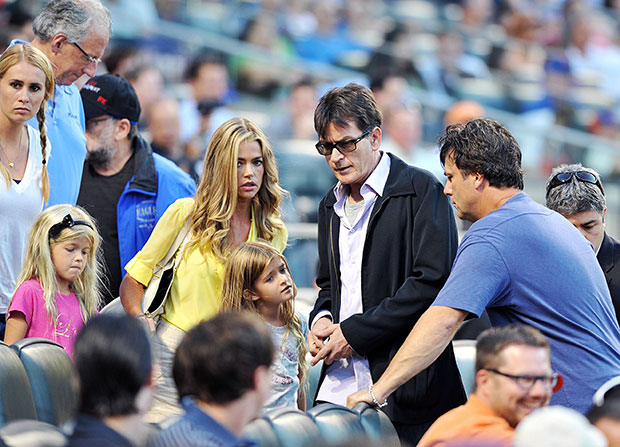 Denise wasn’t at the court hearing when the judge delivered their ruling but she was “shocked” about the outcome, according to one insider. “Charlie has pushed dates in court with Denise for years so she didn’t expect a ruling to happen, let alone when she was out of town on a work trip,” the insider told HollywoodLife. “She was shocked to say the least and thinks Charlie used that to his advantage,” referencing the fact she was out of town for work.

“Lola splits time between both Charlie and Denise’s homes but Denise has been the primary caretaker for the girls for years,” our insider added. “Denise is very saddened by all of this. She’s an incredible mother who loves her kids and would do anything in the world for them.”