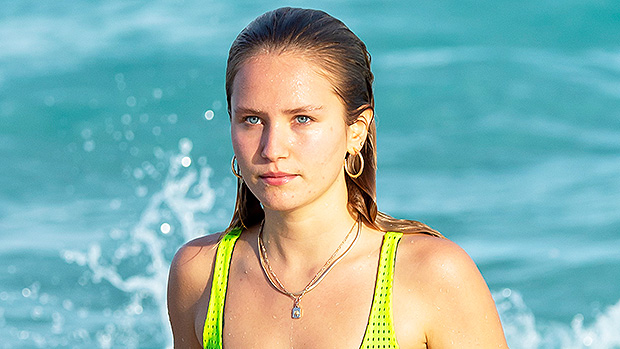 Sailor Brinley Cook is ready for summer! The young model, 20, showed off her beach body in a new photo on Instagram, March 2, where she modeled a simple, but perfect black one-piece swimsuit. Sailor’s suit, courtesy of Solid & Striped, featured thin straps, a high-rise thigh, and (our favorite detail) a minimal black belt with a circle in its center. If you’re opting for a one-piece this summer, you may want to take a look at Sailor’s, below.

The Sports Illustrated stunner definitely took a page out of her mother, Christie Brinkley‘s book. The legendary supermodel — who covered the magazine three consecutive times in the ’90s — posed in a black, cut-out one-piece swimsuit in a feature for SI Swim in February of 2017. And, she wasn’t alone! Christie was joined by her daughters, Alexa Ray Joel, 33, and Sailor in the magazine. Alexa and Sailor coordinated in black bikinis as they smiled alongside their mother.

Sailor is no stranger to rocking swimsuits, seeing as she made the SI Swim rookie roster in 2018. She posed again for the mag that same year in a lavish location in Aruba. Also in 2018, Sailor posed nude for an SI feature, which honored women’s voices in the #MeToo era. Olivia Culpo, 26, was another 2018 Rookie who participated in the empowering project.

Sailor was recently photographed in her natural habitat, the beach, in Miami in late February. And, it would’ve just been another day in the sand for the SI babe, until paparazzi caught her cuddling up with a mystery man.

In photos from Sailor’s bikini-clad weekend, she got cozy with an unidentified man, who held her head while he kissed the side of her face. The two lounged on a beach chair together, as the curly-haired male concealed his identity in thick, black shades. It’s unclear if the two are an item, but the proof appeared to be in the pictures!