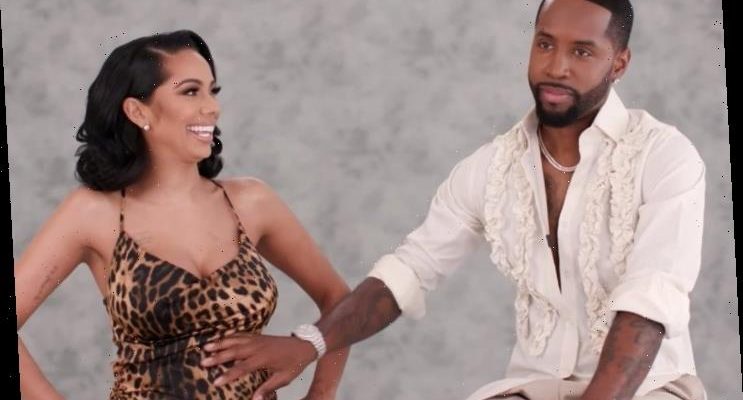 Due to the miscarriage, the rapper and reality TV star admits he wasn’t sure he’d become a father the moment he knew that his wife had gotten pregnant for the second time

AceShowbiz –Safaree Samuels and Erica Mena are now happy parents to a healthy baby girl, but it turns out their journey to parenthood isn’t an easy one. Speaking to Gregg and NeNe Leakes in an Instagram Live, the couple revealed that they experienced miscarriage once before the birth of their little bundle of joy.

Due to the miscarriage, Safaree was actually kind of discouraged that he’d become a father the moment he knew Erica was pregnant again. “I was very excited but the second time I was scared because the first time she got pregnant, I think at like 7 or 8 weeks we had a miscarriage,” he shared. “So after that it kinda discouraged me and then when she got pregnant again… I was happy but then I was just like uhhh, let’s see.”

Fortunately for the “Love & Hip Hop: New York” couple, Erica successfully gave birth to their daughter in February. Sharing the happy news with his Instagram followers, Safaree posted on Instagram a photo of him holding the infant’s little finger along with a caption that read, “These past 24 hours have been an adventure to say the least. I’m a part of the #girlsdad club now. Perfection is here.” The hashtag was a tribute to the late Kobe Bryant, who is a father of four daughters.

Erica, on the other hand, uploaded on the photo-sharing site a photo of her husband holding their little girl. “Just here staring at my husband as he obsesses over our daughter [heart and rose emoji],” she wrote in her caption. “I thank God. I prayed for this life.”

The little girl is Erica and Safaree’s, who got married in October last year, first child together. Erica also has a son, King, from a previous relationship.