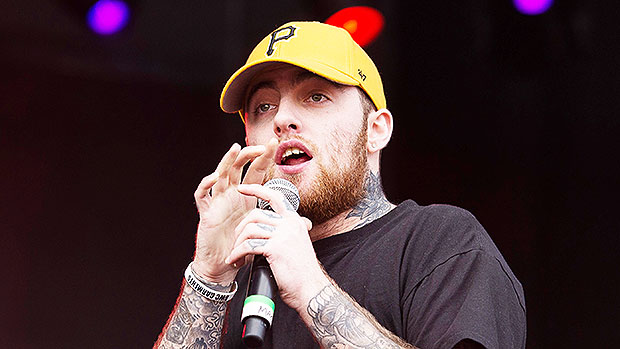 As we reflect on this past year and look forward to 2019, we must remember and honor the celebrities who we lost in 2018. From singers to rappers and other stars, take a look back at the lives of Mac Miller, Aretha Franklin and more.

Gone but not forgotten. While 2018 has been a monumental year in many capacities, we must honor the stars we lost in the past 12 months. From singers to rappers, to actresses, actors and other inspirational figures, Hollywood said goodbye to individuals who changed the game within their respective crafts. See photos of Mac Miller, Kate Spade and more stars who sadly passed away in 2018 in our attached gallery.

Mac Miller’s death was one that hit Hollywood hard, as well as the millions of dedicated fans the rapper had garnered through the years. The 26-year-old — who was found dead in his Studio City, California, home on September 7 — died of an accidental overdose of fentanyl, cocaine and alcohol. Miller had been open about his long battle with substance abuse, particularly in the wake of his split with Ariana Grande, 25, who he dated for two years before they called it quits in May 2018. That same month, Miller was arrested on DUI and hit-and-run charges.

Grande later admitted that she tried to help her troubled ex when fans of Miller’s attacked her online and claimed it was her “dumping him” that led to his death. In response to one angry fan back in May, Grande wrote: “How absurd that you minimize female self-respect and self-worth by saying someone should stay in a toxic relationship because he wrote an album about them, which btw isn’t the case… I am not a babysitter or a mother and no woman should feel they need to be. I have cared for him and tried to support his sobriety & prayed for his balance for years (and always will of course) but shaming/blaming women for a man’s inability to keep his shit together is a very major problem.”

Grande paid tribute to Miller in her latest song, “Thank U, Next,” a nod to all of her exes who impacted life her in different ways. She referred to Miller as an “angel” on the track.

Miller’s death wasn’t the only passing that hit hard this year. Celebrities, fans, friends and family continue to mourn the 2018 deaths of Aretha Franklin, Stephen Hawking, Avicii, Verne Troyer, Anthony Bourdain, Joe Jackson, John McCain, Dolores O’Riordan and more. Take a look through our attached gallery to remember the stars we lost in 2018.