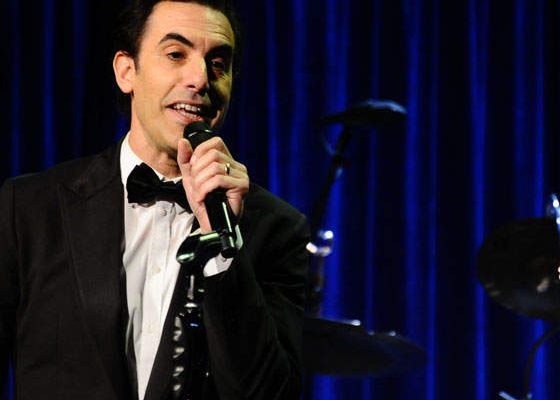 It’s not like Dick Cheney was known for being barrel of laughs, but in the eyes of Sacha Baron Cohen, Dick is apparently the Don Rickles of the Executive Branch. When Sarah Palin came out saying she had been duped into giving an interview to some SBC character for a fake documentary, most of us gleefully squealed over what Wasilla’s Wonder Woman was going to do to make her look even more dumb. Who Is America? premiered, and each episode went by with no Sarah. Her interview was never used, and she was only mentioned in a credit of the last episode as “Special Publicity Consultant (Inadvertent).” Sacha says that’s because she’s not funny.

Sacha was interviewed by Deadline, and he says that they couldn’t really do much with Sarah’s babble speech.

“The upsetting answer is, I don’t think you missed much. There was a lot of pressure on me from the channel to put out Palin. And obviously, she did the only publicity for the show because I did zero interviews. There was no other publicity at all for the show. Thanks to her, people knew that the show was coming. But ultimately, I looked at the footage and it just wasn’t funny enough.”

You know it’s bad when Dick agreeing to sign a “waterboarding kit” is funnier than whatever shit Sarah had to say in her sit-down. It sounds like her stuff was her typical campaign stump speeches, which means she was likely saying a lot of stupid shit like “you betcha” and “liberals are the Beelzebub of 2018” and “I don’t know what a newspaper is.” It’s just a bit strange that Roy Moore’s creepy hillbilly self is funnier than Sarah. Ah, well. If you want to see a funny Sarah Palin, you’re better off booking Tina Fey. Don’t worry, Sarah — he still wants to take you to the Golden Globes!