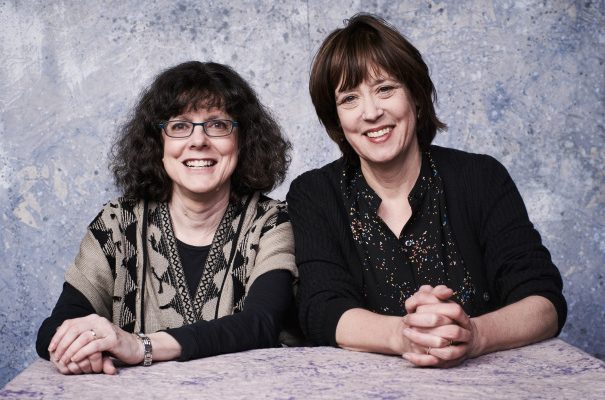 Supreme Court Justice Ruth Bader Ginsburg is said to be working from her hospital bed as she recovers from surgery to remove cancerous lobes from her lung, welcome news to progressives anxious that she continue her service on the nation’s highest court. Her admirers may also take comfort from the words of RBG directors Betsy West and Julie Cohen, who note the justice rebounded from two previous bouts with cancer.

“We heard from her family after the operation that she was doing well,” West tells Deadline. “I can tell you from observing her over the almost two years that we were filming, she is a woman of extraordinary stamina. She is one tough cookie.”

The outpouring of support for Ginsburg—Michael Moore tweeted a photo of himself bringing her some chicken soup, and Chelsea Handler offered her a lung if needed—testify to the justice’s profound impact on the law, and her surprising emergence as a pop culture phenomenon. The success of RBG as a film both reflects Ginsburg’s appeal and has amplified it, affording viewers a much greater understanding of the jurist’s efforts going back many decades to defend women’s rights.

“To me, it’s pretty extraordinary that we know about the women who’ve played a role in the Women’s Rights Movement as activists, but her role as a legal advocate on behalf of gender equality was really not celebrated in the general public, and that was what we wanted to highlight in the film,” West explains. “Obviously, she’s gained a lot of attention in recent years because of the court moving to the right and her very strong dissent—that’s what prompted the ‘Notorious RBG’ [nickname]—but Julie and I knew there was a lot more to the story that really did deserve attention.”

The filmmakers documented Ginsburg’s early life, her legal education first at Harvard then at Columbia University and her struggle to find work in New York as a lawyer despite her obvious qualifications. Her first oral argument before the Supreme Court came in a 1973 case, successfully advocating for a married woman in the U.S. Air Force who sought housing benefits equal to those granted married airmen. West and Cohen created graphics to help the audience follow the substance of that and other cases Ginsburg argued before the court that elucidated the ways women were being treated differently from men in society and before the law.

“It’s easy, from our perspective, to forget what the world was like in the early 1970s when Ruth Bader Ginsburg took this on, and the fact that there were all these laws, and practices, and assumptions about what women could do that were just taken for granted: ‘Oh, we’re just protecting them, we’re just helping women,’” the director observes. “And of course she pointed out, using the long history of the Women’s Suffrage Movement, that it wasn’t about protection, it was about keeping their feet on our necks.”

RBG kicked off a sudden renaissance for documentaries at the box office, earning a remarkable $14 million (second this year only to Won’t You Be My Neighbor?, which made $22.6 million). Last week, just days before news of Justice Ginsburg’s surgery was revealed, the film was named to the Oscar documentary shortlist, keeping it in contention for an Academy Award nomination.

“We knew that her story was inspiring, and we hoped that we were telling it in a way that people would want to see it, that it was both entertaining and informative, and that it would touch a nerve,” West states. “A lot changed in the country from the time we began making the documentary to the time it was released—obviously the change in the presidential administration, the Time’s Up Movement, Me Too [movement], and then the Supreme Court’s vacancies…So I think that motivated a lot of people to see this film.”

At 85, Ginsburg is the oldest justice on the Supreme Court and in 25 years of service there she has never missed arguments before the bench. The court is next set to meet January 7 (coincidentally the same day Oscar nomination voting opens). With President Trump already having appointed two justices to the court (Neil Gorsuch and Brett Kavanaugh), the institution’s ideological profile has tilted further to the right, meaning Ginsburg is likely to find herself more often in the minority than in the majority. But not necessarily. As West points out, just last week Ginsburg joined four other justices, including Chief Justice John Roberts, in rejecting Trump’s latest order on asylum applicants.

“She cast her vote from New York on her way into cancer surgery, but she was in the majority on that decision, so she doesn’t give up hope,” West comments, adding, “She’s an optimist and she is a believer in our judicial institutions, and as she told us, she would prefer to be writing in the majority, but if necessary she will write in dissent…I find it pretty poignant, her optimism, her determination to just keep at her job no matter what.”