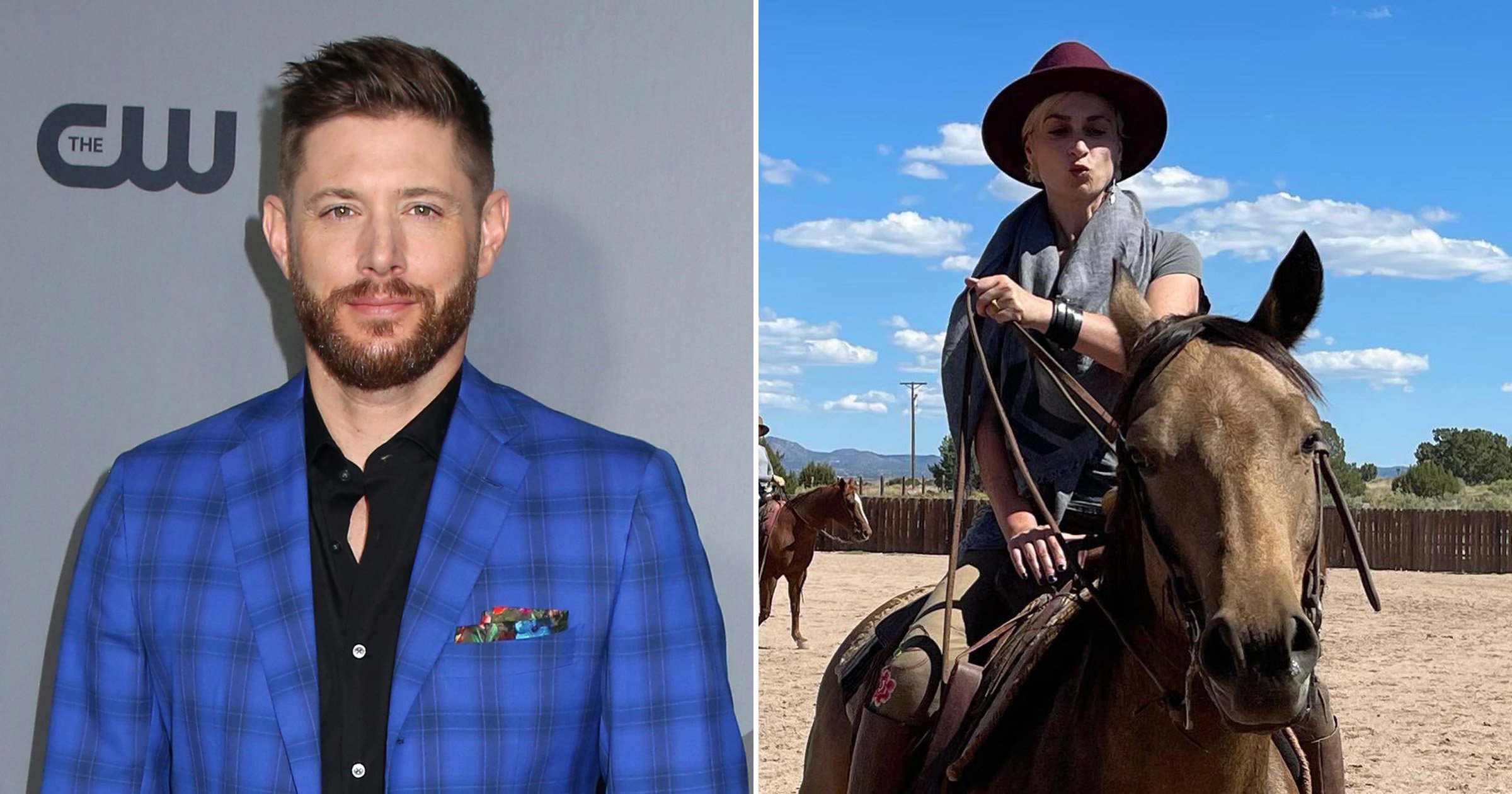 Hutchins, 42, was killed last Thursday during filming for the Western movie Rust when she was shot in the stomach by a gun discharged by star Alec Baldwin.

The director of photography was taken to the University of New Mexico Hospital, where she was pronounced dead.

It emerged that the prop gun contained a live round.

Ackles, who was cast as US Marshal Wood Helm in the movie, shared a number of pictures of Hutchins to Instagram, showing her riding horses in Santa Fe and posing with the cast and crew, including Baldwin.

The 43-year-old wrote: ‘I’m not even sure where to start. This has been a tragedy of epic proportions that we are all still processing.

‘Earlier last week I felt compelled to tell Halyna just how awesome I thought she was. I told her how incredible I thought her camera shots were and just how exciting it was to watch her and her team work. Truly. She laughed and said thank you and gave me a hug.

‘I’ll forever be thankful we had that moment.  She had a spunk and passion that infected the entire crew from the top down.

‘She was an inspiration.

‘My heart and prayers go out to Halyna’s husband, son and the rest of her family. There just aren’t enough words to express what an immense loss this is.

‘She will be incredibly missed by all of us who knew and admired her.’

The Boys star Ackles added that he and his wife Danneel had donated to the AFI Scholarship Fund in Hutchins’ memory; Hutchins had graduated from the school’s filmmaking MFA programme in 2015.

He also donated to a GoFundMe sent up by Hutchins’ union IATSE Local 600 for her funeral and to help her husband Matthew and son Andros, which has already raised nearly $200,000 (£145,000).

Ukranian-born Hutchins was praised as an ‘incredible talent’ and a ‘rock star director of photography’ following her death, which has sent shockwaves through to the film industry and raised concerns about the rules surrounding prop guns.

It was reported that Baldwin, 63, was told he was being given a ‘cold gun’ – a gun not containing live ammunition – before rehearsing his scene, which involved him pointing the weapon at a camera.

Baldwin is said to be ‘inconsolable’ following the tragedy, and he tweeted about his heartbreak on Friday night.

The 30 Rock star wrote: ‘There are no words to convey my shock and sadness regarding the tragic accident that took the life of Halyna Hutchins, a wife, mother and deeply admired colleague of ours. I’m fully cooperating with the police investigation to address how this tragedy occurred and I am in touch with her husband, offering my support to him and his family. My heart is broken for her husband, their son, and all who knew and loved Halyna.’

Baldwin has since been seen embracing Hutchins’ husband and nine-year-old son as they left a hotel in New Mexico.